Rouen Cathedral is a Landmark of a Different Sort

In 1892, a well-established artist in his 50’s arrived in an old port city and set up his studio by the window in a women’s lingerie store. The artist, Claude Monet, was among the group of impressionist painters who were revolutionizing the art world. Only this arrangement must have seemed particularly bizarre. The view out the upper window was simply the entryway of the 14th century gothic cathedral. And the master artist was painting the same view, the same image, over and over and over again. The patroness of the clothing store quickly erected a screen around her guest. This perhaps was as much to hide his oddball activities as it was to respect customers’ modesty in the changing room. 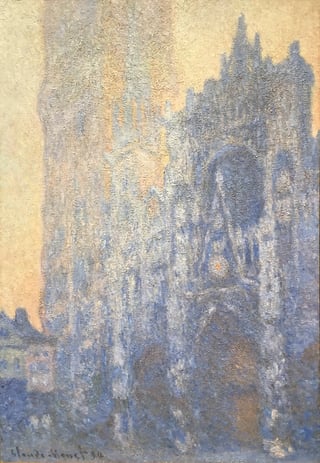 The Rouen Cathedral series became a landmark in the history of art. Monet tried to capture the complexity of visual perception in the vibrant colors and textures on the canvases. Any one picture in the series shows the mastery of the artist’s abilities to evoke a deeper, emotional connection with this subject. But displayed together, the viewer has a real appreciation of Monet’s genius. Though the artist himself struggled with the endeavor. He painted over the span of three months, at the same time of year, in 1892 and again in 1893. In the end, he finished the canvases at his home studio where he spent his remaining years in his next influential period, painting his garden and water lilies. 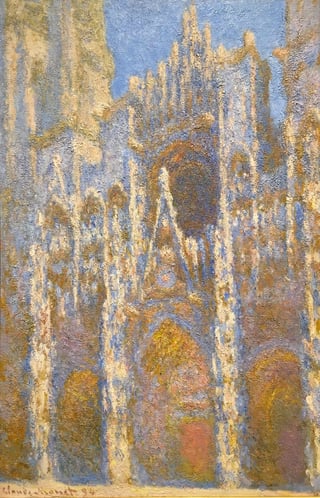 Two of the Rouen Cathedral paintings are on display at the Museum of Fine Arts in Boston. They hang side by side in the European art gallery with a simple label noting the name and the date of the composition. According to the New York Times, the museum did loan one of its paintings to a reunion of sorts in 1994. A display of 20 of the original canvases was assembled on the 100th anniversary back in Rouen at the Musee des Beaux-Arts. 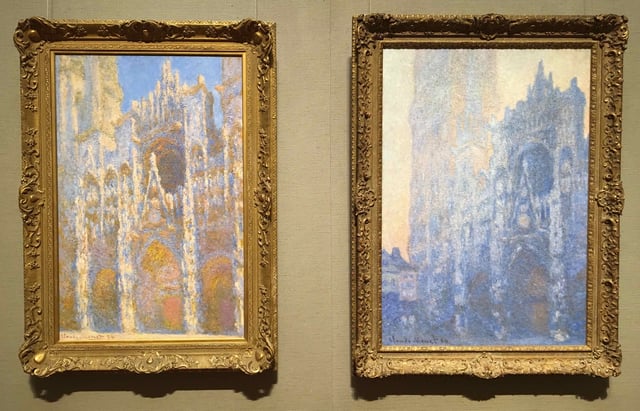