I’ve passed by and noticed this church campus for many years. Stone walls under a canopy of oak trees have offer an appealing image of a quiet neighborhood church, Asbury United Methodist. Not long ago, however, there was a new sign out front. The Servant Church sign on the stone wall offers a hint of something new. 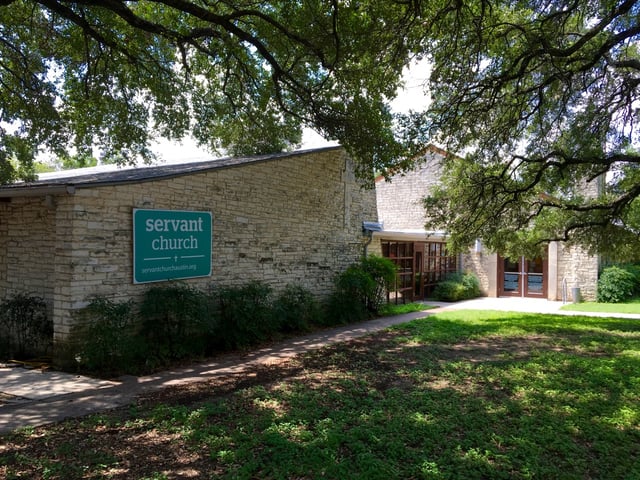 The church’s website invites visitors to join a young and diverse group exploring faith and community with new energy. It’s still affiliated with the United Methodist Church, but the old Asbury is no longer the draw. One of the church’s Core Values says a lot about the transition: “New and old – we can embrace and appreciate tradition while asking questions to make it relevant for us today.”

This also gives a great description of the original mid-century modern design. Older, recognizable forms of a traditional church were used in new and unusual ways. The front gable entry façade is there. So is the stone tower at the side. But the front door is slipped over to the side. And the main gathering space is in front of the stone wall, framed on both sides in wood with large panes of glass. 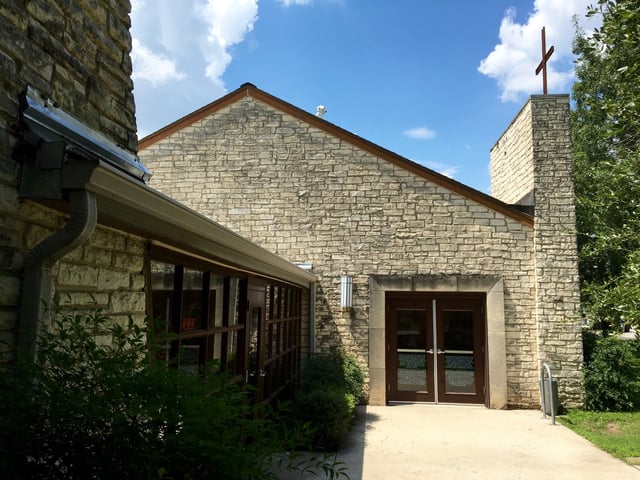 On the interior, the original longitudinal nave, however, must have been pretty traditional. Laminated wooden arches are a modern element, but the layout clearly included fixed pews on either side of a center aisle leading up to the raised altar area. But the Servant Church has updated tradition even step further. Pews are gone now. The focus is on the altar placed along the broad wall with flexible seating arranged in a half-circle. 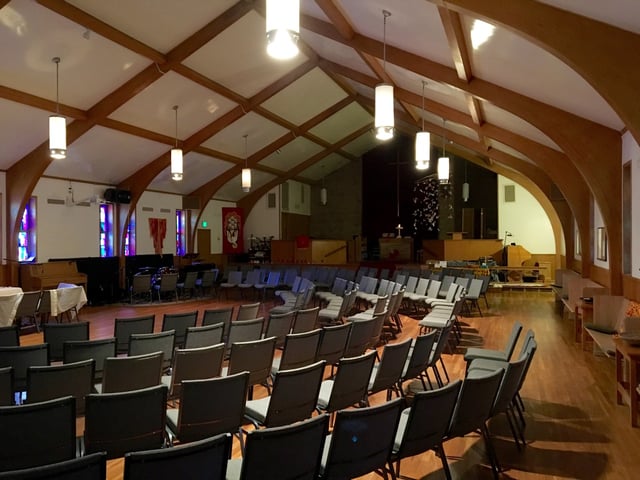 In the late 1950’s or early 1960’s, the design for Asbury United Methodist was the cutting edge of church design. I couldn’t find out very much about the architect, E.A. Morris, Jr. His design demonstrates an understanding of traditional forms even as he rearranged them into something new and exciting. It remains to be seen if the new Servant Church can accomplish the same goal with its new ministry, but it’s certainly off to a good start.