Sometimes subtle signs are visible to anyone who can “read” them. The author Dan Brown has made the rediscovery of old signs and symbols the stuff of adventure novels. But even if these signs aren’t associated with international conspiracies they can still be very dramatic. Today I was researching the origin 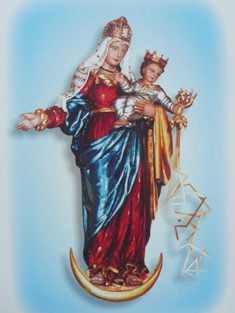 s of the shrine to the Blessed Mother that our firm restored during the preservation program at St. Mary’s Catholic Church near Elinger, Texas. I knew the church was also called St. Mary’s Hostyn, named in honor of one of the Basilicas from the old country, Czechoslovakia. What I didn’t know is just how faithfully the community had referenced the original pilgrimage site, but with one, perhaps deliberate omission.

It turns out that the Basilica of the Assumption of Our Lady is a popular pilgrimage site in Moravia. Built on a mountain called Hostyn (Holy), the church houses a statue of Mary and Child that honors a great event in the history of the region. According to legend when marauding Tartars invaded, local residents were forced to flee to the forests and mountains. Those who sought refuge on the mountain were saved when lightning started a fire that destroyed the invaders’ encampment. According to the Czech Mission group based in California and dedicated to preserving the shrine, the Victorious Virgin Mary is unique as an identification of the Holy Mother. Look closely at the statue and see bolts of lighting coming from the hand of the Holy Child. 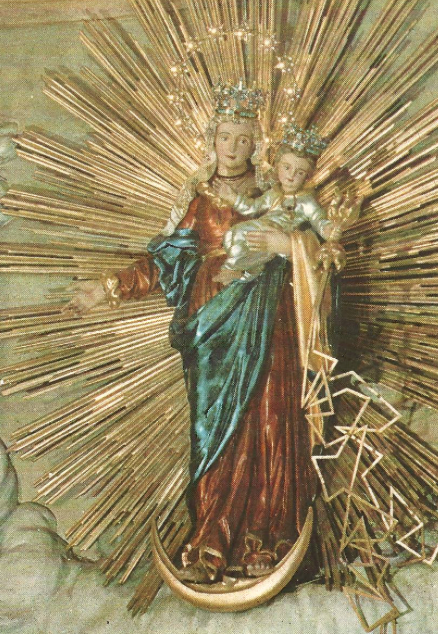 Except the lighting bolts are missing from the shrine in Texas. Now it is possible the lightning went missing during the years of neglect and weathering outdoors. However, there doesn’t seem to be any indication that they were there originally. I like to think that the families coming to the America wanted to leave old world politics behind. They came with hopes and dreams of a new world with and democracy and security. I think they were more than happy to leave the violent lightening bolts back in Moravia. 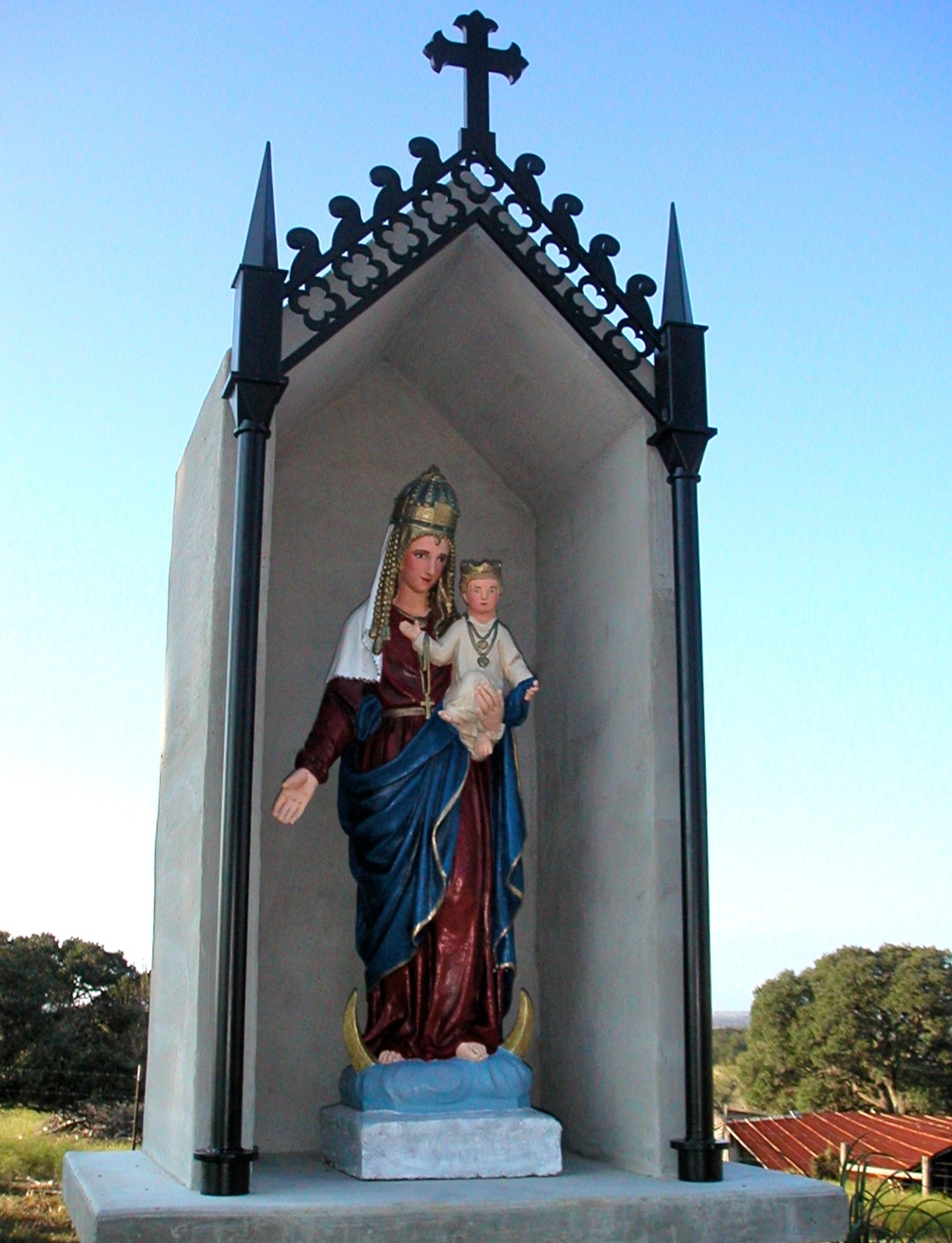