A tough group of determined Germans were not to be trifled with in 1944. No, this isn’t about the war in Europe, the conflict here was in San Antonio and in this conflict, the Germans won! A large department store, Joske’s, had just purchased significant properties around the old St. Joseph Catholic Church, a congregation founded in 1868 by German immigrants. Try as they might, the store could not get the congregation to sell their property. The church opted instead to stay downtown, even though the planned department store would be built around them on three sides. 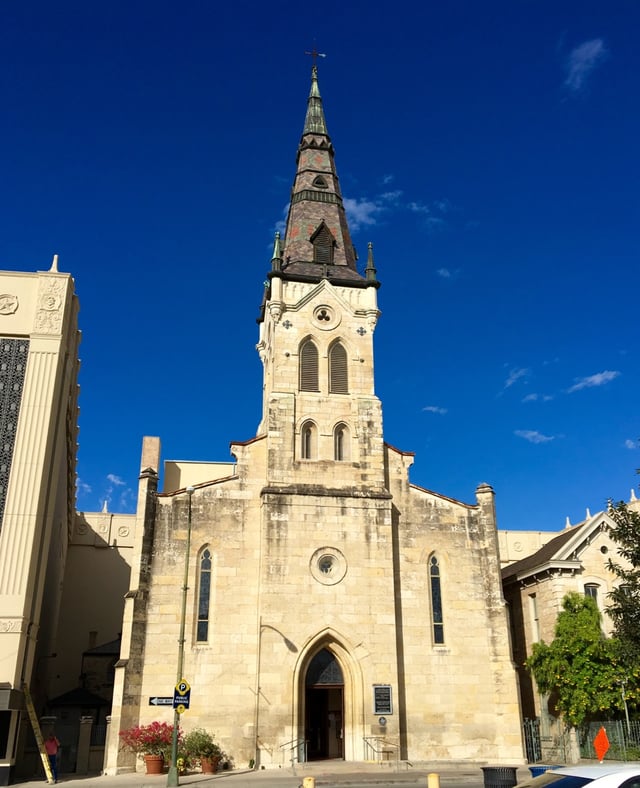 Eighty years prior to the Joske’s battle, the newly formed congregation approached the US Army requesting use of the old Alamo for their new worship space. The troops, however, felt they still needed the space for a warehouse and rejected their offer. So the intrepid group commissioned G. Friesleben and Francois Giraud, recognized church designers who made plans for a limestone church of the highest quality. In 1871, three years after laying the cornerstone on a property a few blocks from the Alamo, the new building was dedicated. 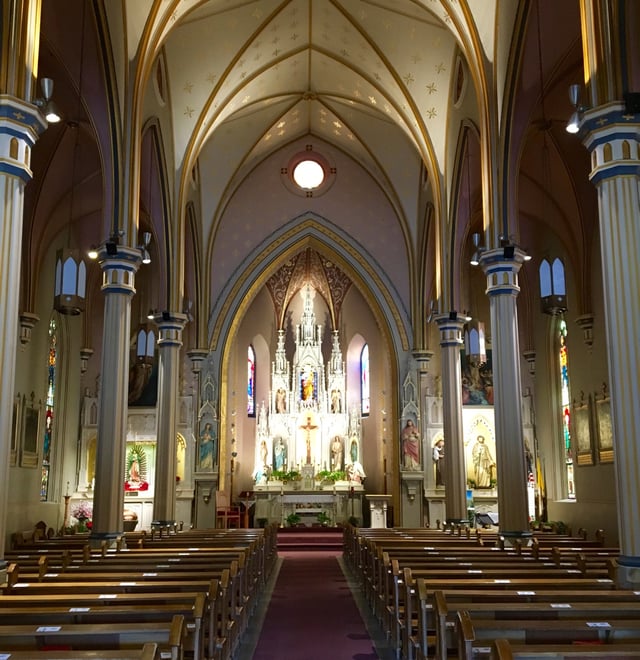 The steeple actually came 27 years later. Four bells with matched tones were installed in the belfry. In the German tradition, each bell was named, Joseph, Mary, Henry, and Joseph. The regular tolling of the bell continues to this day. I was fortunate enough to be walking up the steps from the River Walk right at noon as the bells began to chime.

The church today offers a peaceful respite in the middle of bustling tourist and shopping activities in downtown. With a major restoration program in 1981, the church continues to take on new improvement projects. A poster near the altar promotes the new Mother of the Americas Center to serve for hospitality, family life, and faith formation activities. The church promotes itself as the “the Jewel in the Heart of San Antonio.” The Culture Trip website includes St. Joseph among the eight most beautiful churches in Texas. 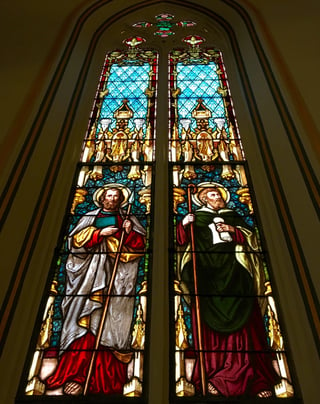