If anyone doubts there were major changes in American design in the years after the second World War, just visit St. Luke United Methodist in Central Austin. In 1950, the church commissioned architect Roy L. Thomas for the design of a first unit building at the corner of 14th St. and West Lynn. His design also included a plan and image for the next phase, a traditional stone church with buttresses and Gothic windows on the main gable. As the photograph below indicates, eight years later a very different church design was actually built. 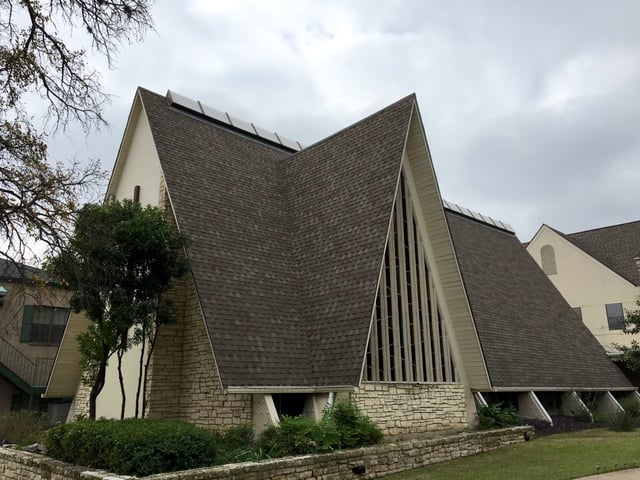 A new architectural team, Emil Niggli and Barton D. Riley, used largely the same plan and program but their design approach was radically different. The use of an A-frame structural system provided what would have been considered a very modern profile. The architects were clearly influenced by well-publicized modernist church designs, including Frank Lloyd Wright’s Unitarian Meeting House, completed 1951, and Eero Saarinen’s Concordia Seminary Kramer Chapel, completed 1958. 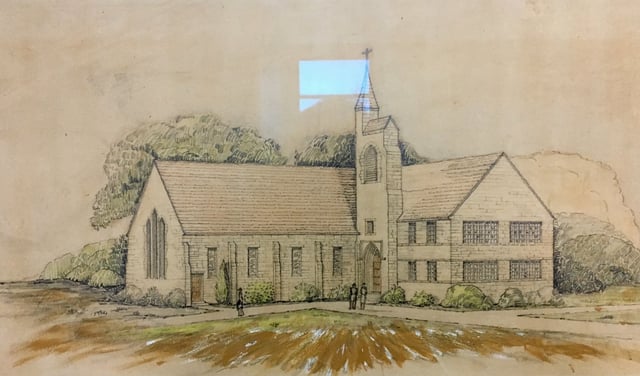 Rendering of the 1950 design by Roy L. Thomas with a traditional chapel.  The two-story first unit was constructed and exists today.

Many promoters of the A-frame church associated the form with a tent, a simpler, more basic structural system. The tent was also a symbolic reference to religious reform movements that often took place in revivals and tent meetings. Promoters also noted that in the Old Testament, the Arc of the Covenant was sheltered in a tent. Still others likened the form to hands folded in prayer.

The A-frame structure is actually a massive roof with a very low plate. The roof is the dominant form creating a single enclosure - there are no traditional windows. As noted by our colleague, Jason John Paul Haskins on his Locus Isteblog, getting natural light into an A-frame space is a challenge. 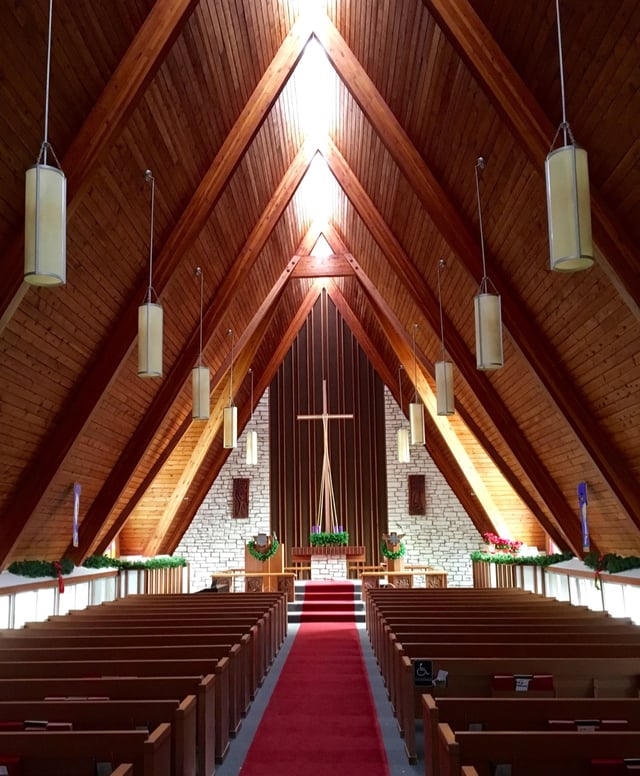 There are three ways that architects solved this issue and the St. Luke design uses all three. First, a row of skylights at the ridge brings in light from the peak of the interior. These bathe the ceiling with sunlight providing a general lighting though out the space. Another strategy is to use glass to fill in the end gable or transepts. St. Luke has two dramatic transepts with decorative art glass walls. They focus light on the altar and chancel area from either side. Finally, architects brought in light with low windows, often separating the low walls with the low roof plate. St. Luke took this one step further. The architects removed the walls entirely! Between the roof and the floor are only clear glass windows. 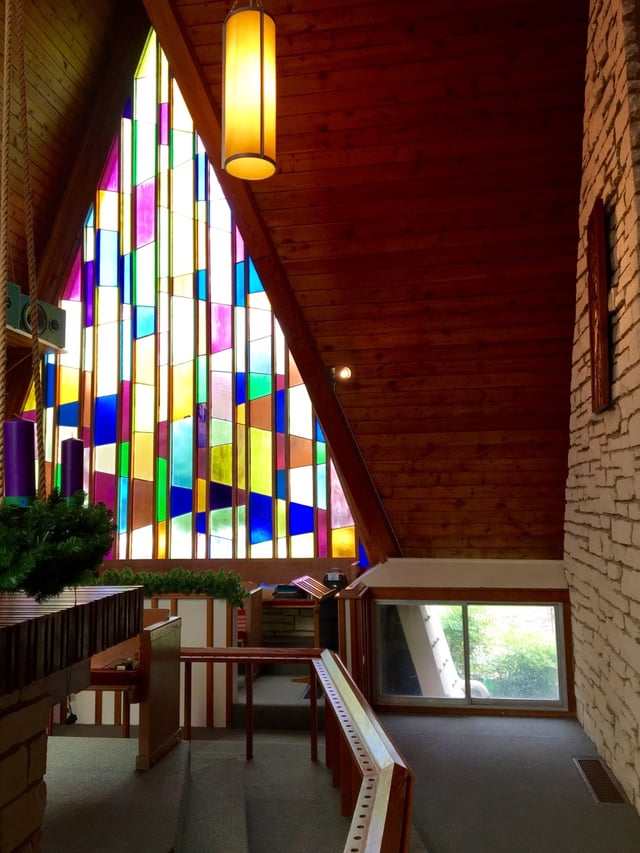 The overall effect is a beautiful balance of light and natural materials. The St. Luke interior has the transformative presence of some of the most effective spiritual spaces. The interior is enhanced with wood relief carvings by congregation member and artist, Toni Silver. It is remarkable that we have a number of some of the finest examples of these worship spaces in Central Texas, including the Synagogue for Rodef Sholom in Waco by McKee and Kamrath. That these incredible spaces remain largely unchanged from the original design makes them particularly important mid-century landmarks. 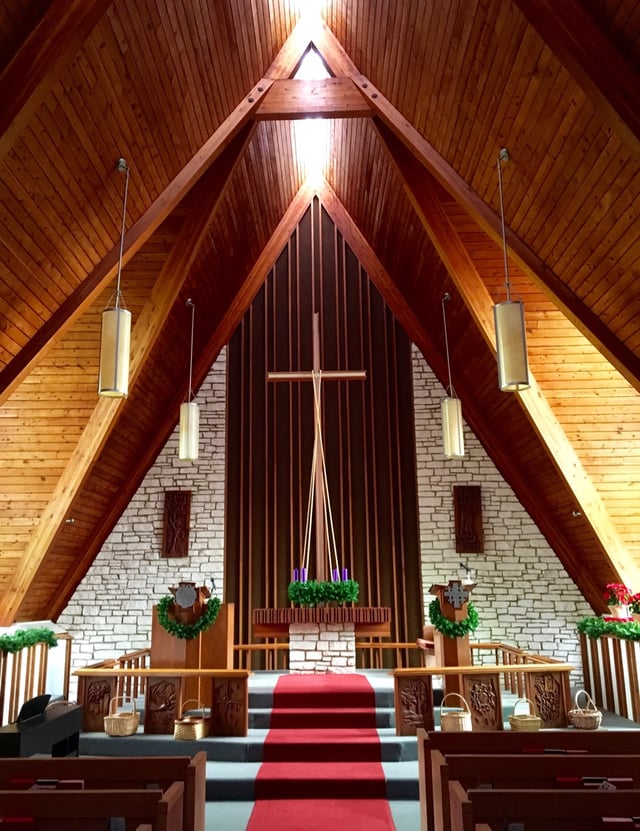