Check out St. Mark’s Episcopal Church in San Antonio on the web. Images of the historic building are gorgeous, but you won’t easily find out anything about their history. This is particularly odd since this landmark gothic revival church certainly ranks among the most beautiful of the early 20th Century. It stands to reason that the architect for the original building, which still remains as the central nave, was none other than the leading architect of the late 19th Century, Richard Upjohn. Oh, and among the important historical figures associated with St. Marks, a young couple married here in 1934, Lady Bird and Lyndon Johnson, are worthy of note. But you won’t find the church’s history on a webpages. Some explanations are available if you dig through the Parish Profile. 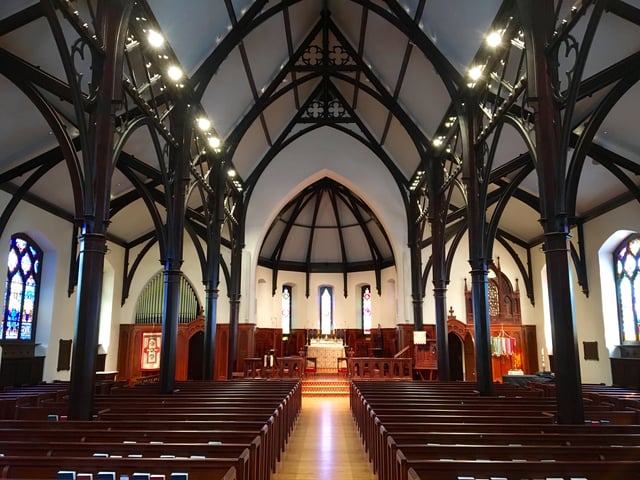 The first church was designed by Upjohn in 1858, but work stopped due to the civil war. The original structure remained unfinished until work began again in 1873 and it wasn’t completed until 1875. By 1927, a new Parish House and auditorium were added, in keeping with the revival architecture of the original church. The distinctive bell tower and narthex were among the latest additions, completed only in 1949.

The church’s history and its landmark buildings are certainly not neglected or unimportant. Starting in the early 2000’s the church steadily raised millions of dollars systematically updating and restoring its facilities. The culminating work to update and restore the nave and sanctuary was completed in 2013 and included an expanded 52 rank organ. A San Antonio Express News article noted the special service that was held for the reopening of the restored worship space. 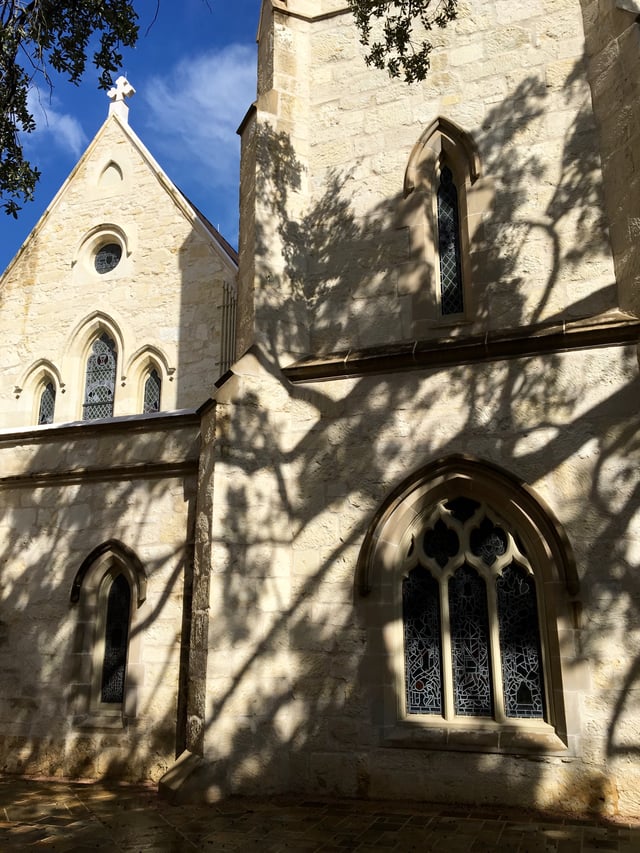 Ambivalence, at least on the website, about the significant history of this church couldn’t be an oversight. As the church promotes itself as a growing and vibrant downtown ministry, what’s important and what is emphasized are the current ministries and resources appealing to the needs of new and current members.  This introductory video is aimed at new visitors and it offers a very welcoming introduction, even if there is no mention of history!