Drive through the small town of New Ulm in Central Texas and you’ll find a general store, a bank and even a post office off the main roads. But you’ll have to look a bit harder for the church. One block off the main street is Hickory Street where St. John Lutheran Church stands at the end of the block. 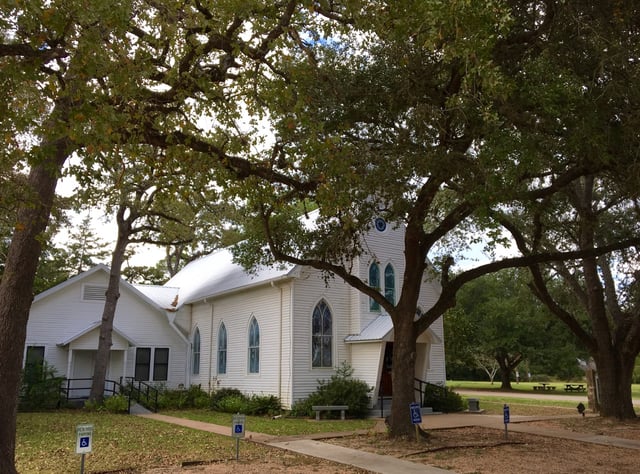 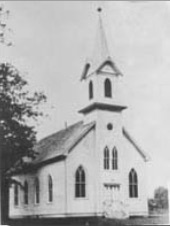 on was founded in 1867 by German immigrants. According to the New Ulm Chamber of Commerce, that same year a building was constructed to house both the church and a local school. By 1894, the school chose to separate from the church and construct its own building. Eventually, the church also rebuilt. The current structure dates from 1913.

The church stands today behind a row of mature oak trees, so you won’t see the steeple from a distance. If you did, the steeple has been changed, the original cupola was taller with a more taller, more slender roof. Even with obvious changes, the building stands close to its original condition. Like many older wood churches, however, the wood siding has been replaced with vinyl. Somewhere along the way, the front steps were updated and a non-historic awning structure was added. 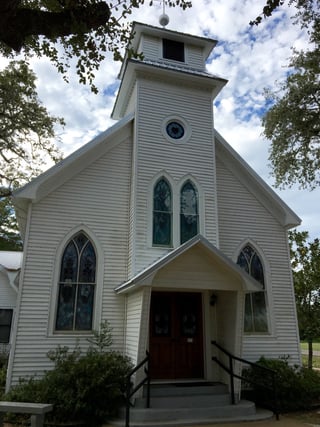