At least one old church in East Austin has some level of protection. At the corner of 14th Street and Chestnut Ave, a distinctive stucco building has stood for over 70 years. Originally built for the David Chapel Baptist Church, it has been the home of St. Paul Primitive Baptist Church since 1959. In 2013, the building was given historic zoning as a designated City of Austin Historic Landmark. 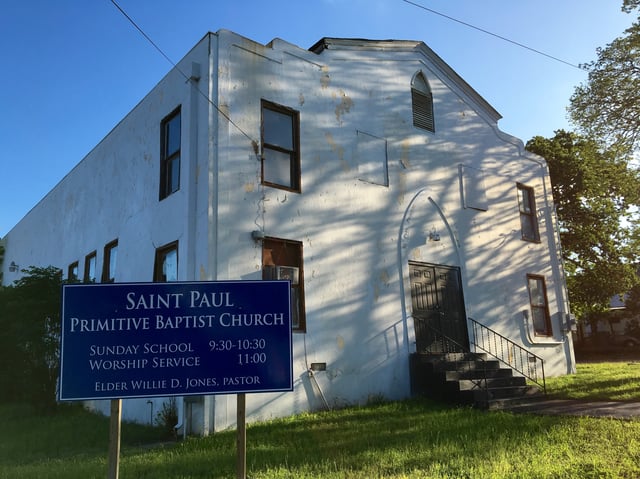 Stopping by last week, it was clear to me that even with the landmark status, this could be another threatened church. The exterior needs to be scraped and repainted. Some of the windows and openings were in poor shape, with plywood panels covering two windows in the front. 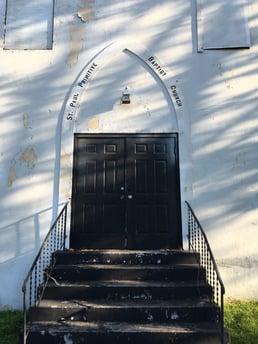 Window units mean that the church has added air conditioning in a piecemeal fashion, not the most economical for upkeep and energy costs. Anyone handicapped could not possibly navigate the front stairs.

But all these items are expected when we update an older building. With some investment funds and some new energy, a preservation / renovation program could do wonders for this building and the congregation. One very important item is that the main structure seems to be holding up well. Stucco buildings, particularly those built on clay soils like we have in East Austin, often show stress cracks that could be signs of structural movement. Though I wasn’t looking too closely, no major cracks or signs of settlement were obvious. 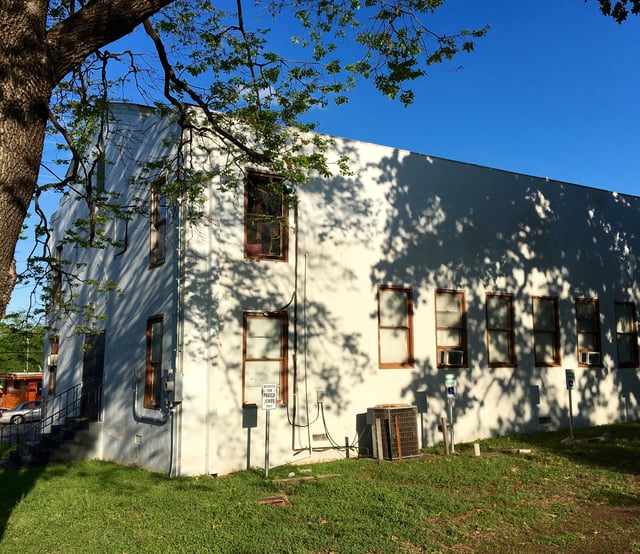 Will this congregation be able to make needed improvements? Or will a new congregation eventually take over the building, just as St. Paul did when David Chapel moved out so many years ago? The landmark status alone won’t save this building. But it will trigger expert reviews of any proposed changes or updates. With some assistance, and maybe other resources, the City’s historic program may at least provide some help in breathing new life into a deserving landmark building.