An unlikely memorial seems out of place near the main door of the Tallahassee airport. In this location, a visitor expects a sign with directions or a “Welcome to our City” message from a politician. It is so unexpected, that I passed this memorial dozens of times before I noticed it is actually a touching tribute to a fallen officer. 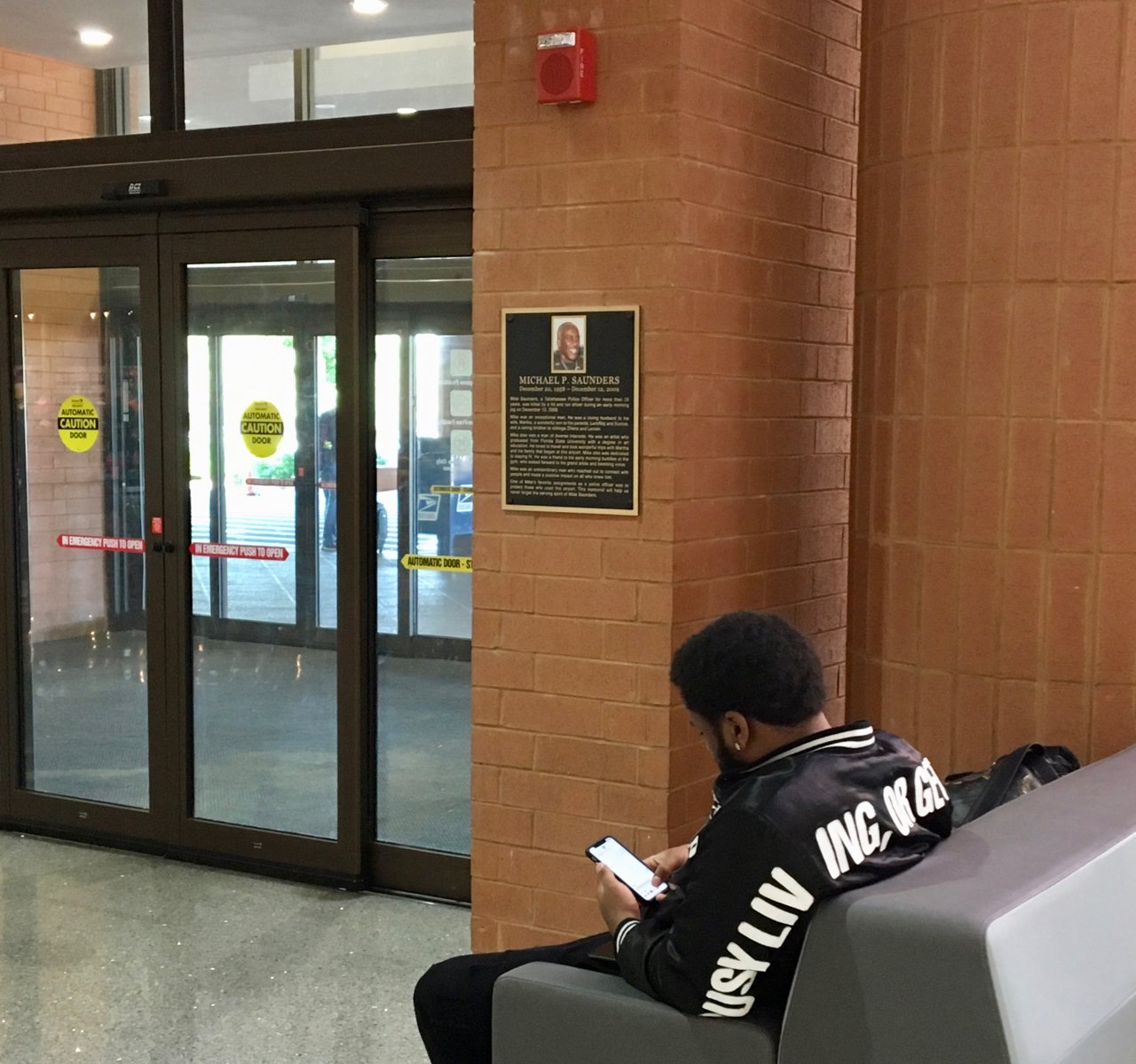 Officer Michael P. Saunders was killed by a hit and run driver on Dec. 12, 2009 while jogging early in the morning. Details of his life as outlined on the plaque offer a simple and beautiful tribute to a remarkable man.

Publicity about this tragedy quickly led to neighbors reporting a damaged company van. The driver, who was intoxicated at the wheel was apparently using the van without authorization. He was apprehended and pleaded guilty to vehicular manslaughter. 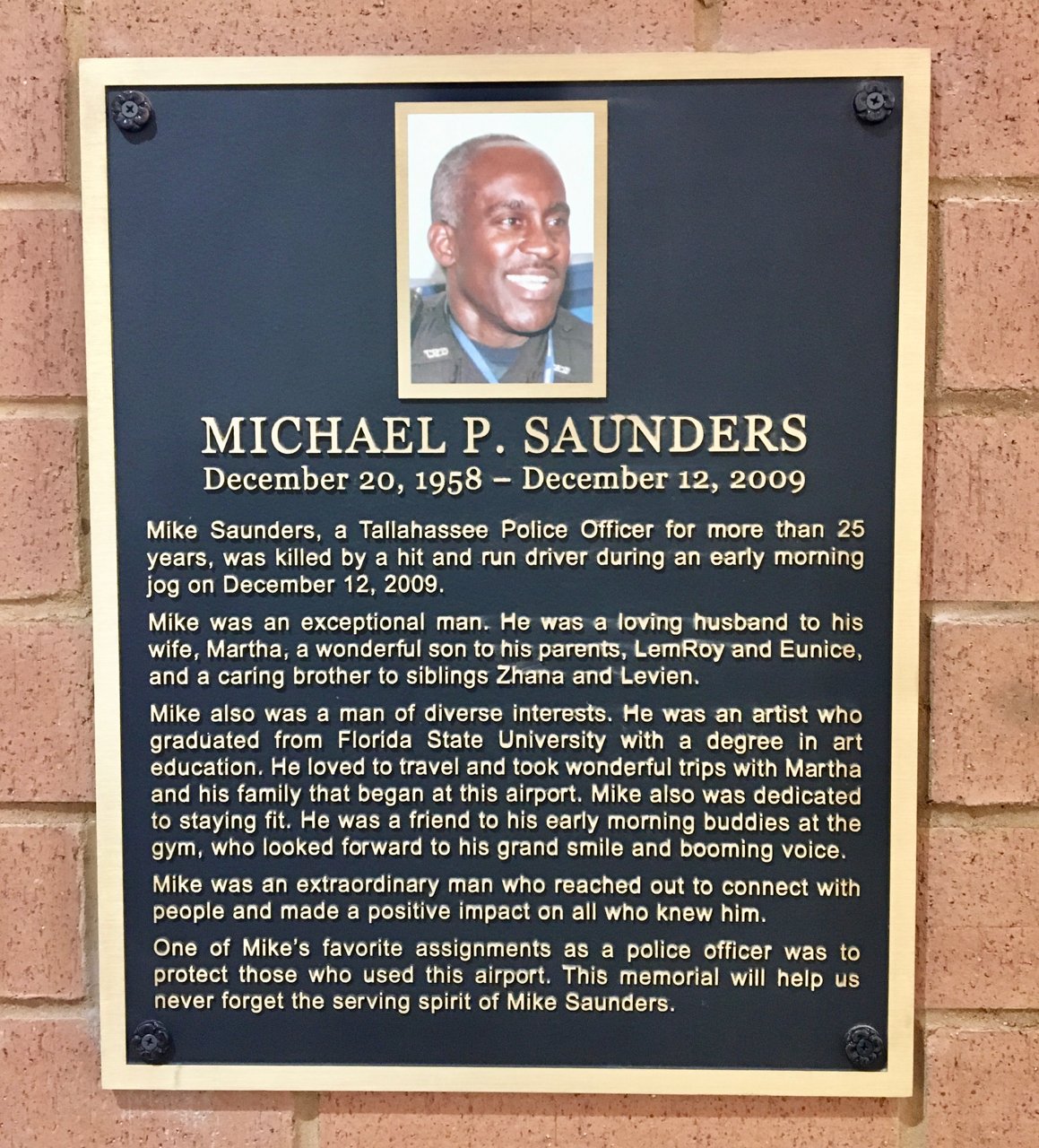 Many tributes are placed to mark the exact location of a tragedy. In this instance, Officer Saunders was killed near the intersection of Orange Ave and Paul Dirac Drive, which is in proximity to the airport. As the plaque suggests, the airport location may have been selected since Officer Saunders did enjoy the airport beat. However, another reason may be the steady traffic and visibility over the remote park trail location of the actual event.

We've been working for the past two years with St. John's Episcopal Church in Tallahassee.  The first phases of their master plan is now under construction.