If you’ve been anywhere close to a television this weekend, you have certainly seen images of the 9/11 Memorial at Ground Zero in New York City. The media has also focused attention on the two other 9/11 crash sites and their respective memorials. But there are a large number of memorials all over America, including one in Austin at the Texas State Cemetery. 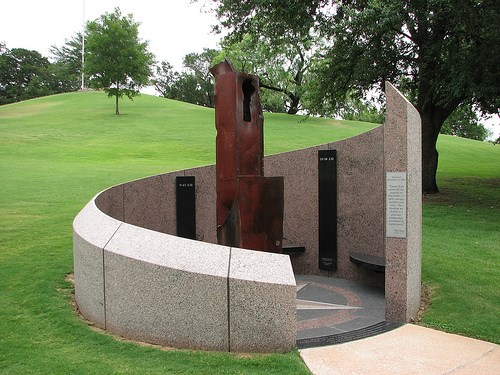 The New York City Port Authority encouraged these widespread memory places. They made available structural pieces salvaged from the World Trade Center to local governments and artists who could show how they were to be incorporated into a fitting design. Many localities didn’t need encouragement and embarked on their own memorial programs. Now, 15 years after the event, these local memory places make an interesting collection and remind us that the impact of this tragedy went far beyond the East Coast. 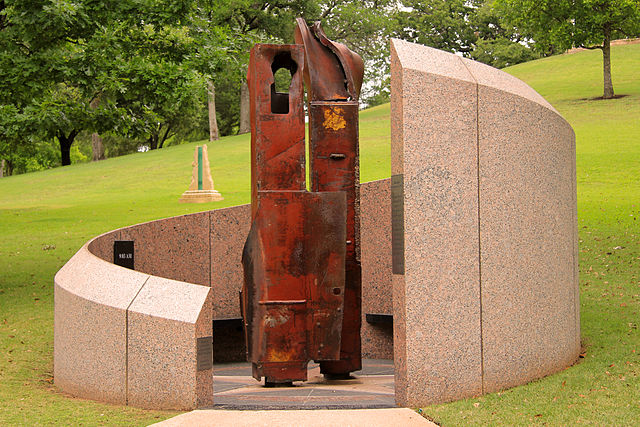 In Austin, the Governor’s Office hosted a design competition for a site in the Texas State Cemetery. The review panel selected a design by the architecture firm O’Connell Robertson. Two twisted steel girders from Ground Zero are left in their mangled condition and are set upright in the ground. A granite curved wall wraps around the girders. A list of all Texans who were killed on 9/11, or who died during the subsequent Afghanistan military action is etched in the granite. 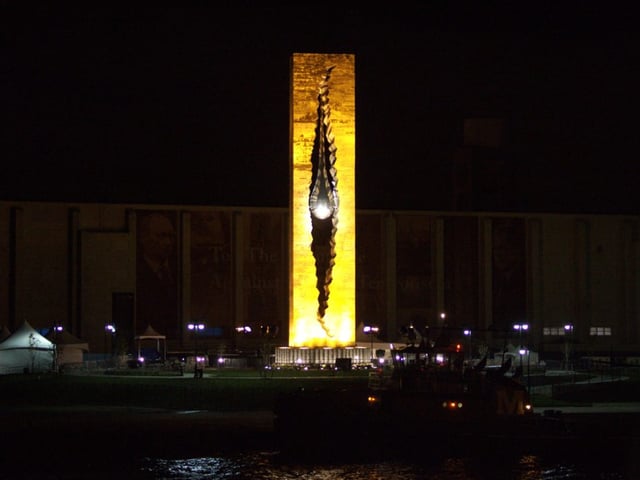 Another notable memorials is at the end of a pier in Bayonne, New Jersey. Designed by Russian artist Zurab Tsereteli, it is commonly known as the Cry Slab. The massive 100 foot tower represents the profile of the World Trade Center with a huge gash in the middle. A 40-foot metal tear is exposed inside. The memorial is officially named “To the Struggle Against World Terrorism,” and was financed largely by the Russian government. At the dedication ceremony in 2006, Vladimir Putin is quoted as saying, “this monument will always be a testimony to our unity in the struggle against common threats.” 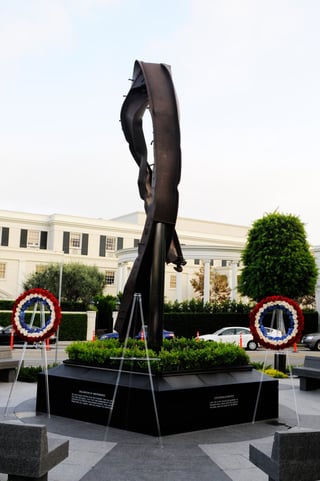 Wired Magazine has a list of 17 notabel memorials to 9/11 victims across the US. The one in Beverly Hills features huge curved beams from the Ground Zero site. Set in a pristine park, the raw violence of the terrorist attack stands out. It’s not something a tourist would expect and certainly unusual compared to other public attractions in the area.