A sad image in today’s Austin American Statesman documents the losing attempt to save one of Austin’s old African American church structures. Once the home of Mount Sinai Baptist Church, the original congregation moved to a larger home a number of years ago. In the decades that followed, the modest brick structure had served another congregation but eventually it was abandoned and sold to a developer intent on building an apartment building. 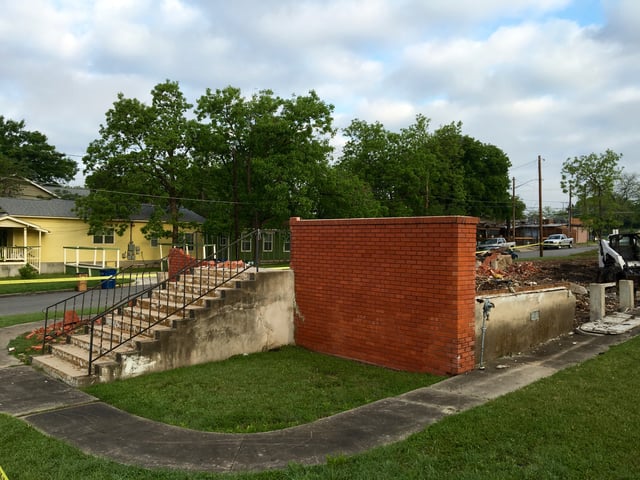 A prior Statesman editorial decried the lack of a review by the historic landmarks commission. From the look of the building, constructed 58 years ago, it would just barely qualify for landmark consideration. The condition of the existing structure would also have been taken into account which suggests there was little hope for actually being designated a protected landmark. But, according to the editorial, the building didn’t get the historic review and the demolition permit was granted. 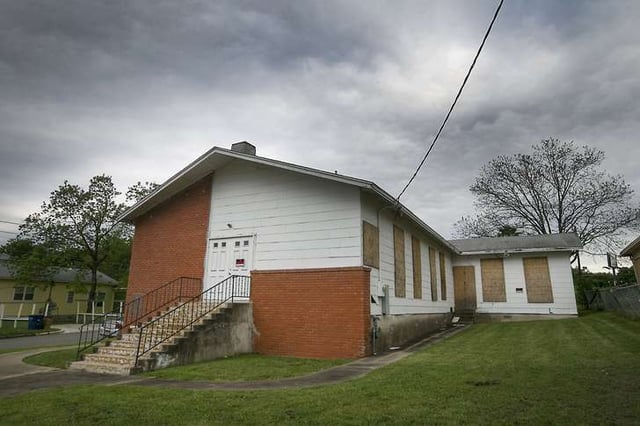 So, without notice, the demolition commenced. I visited the site today. I photographed the site with remnants of the front and side steps and piles of concrete and bricks. Memories are all that’s left of what once was a proud neighborhood institution. 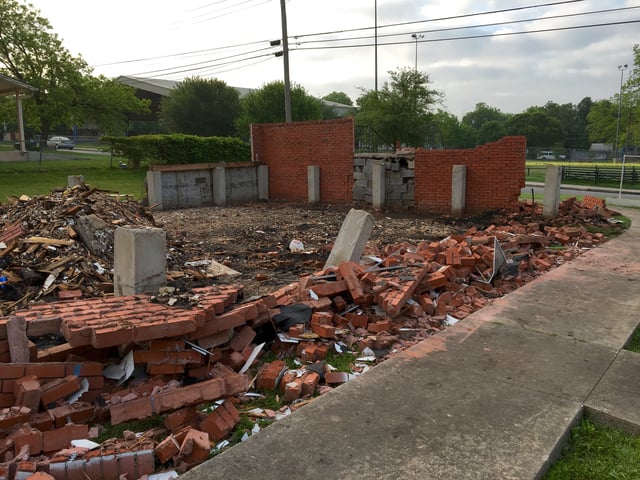