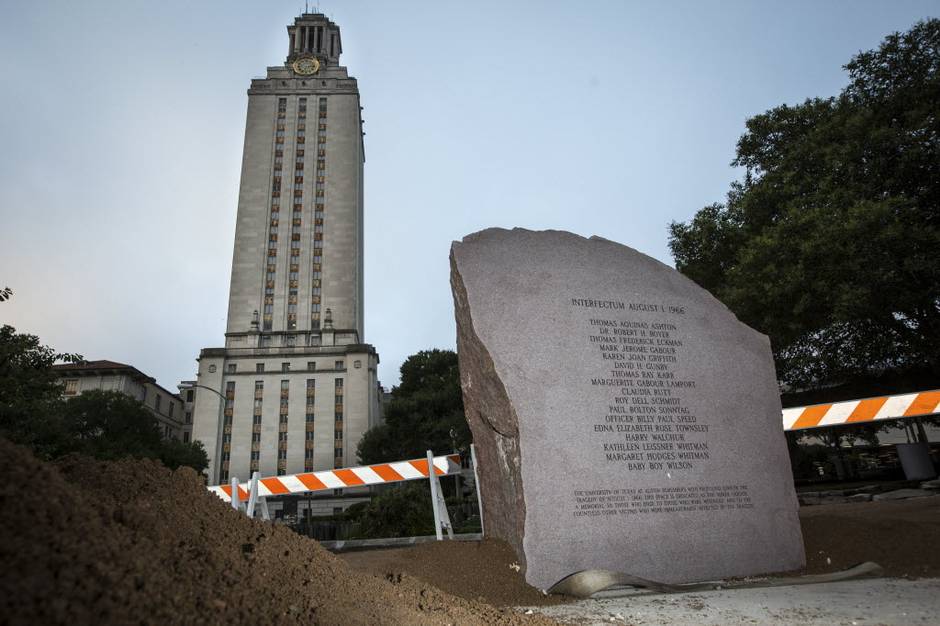 Decades of denial is the only explanation. On campus a small, I mean really small, plaque was finally placed by the turtle pond in 2007 to commemorate the victims of the University of Texas mass shooting in 1966. The text on the bronze plate was more cryptic than revealing: “a memorial to those who died, to those who were wounded, and to the countless other victims who were immeasurably affected ... END_OF_DOCUMENT_TOKEN_TO_BE_REPLACED 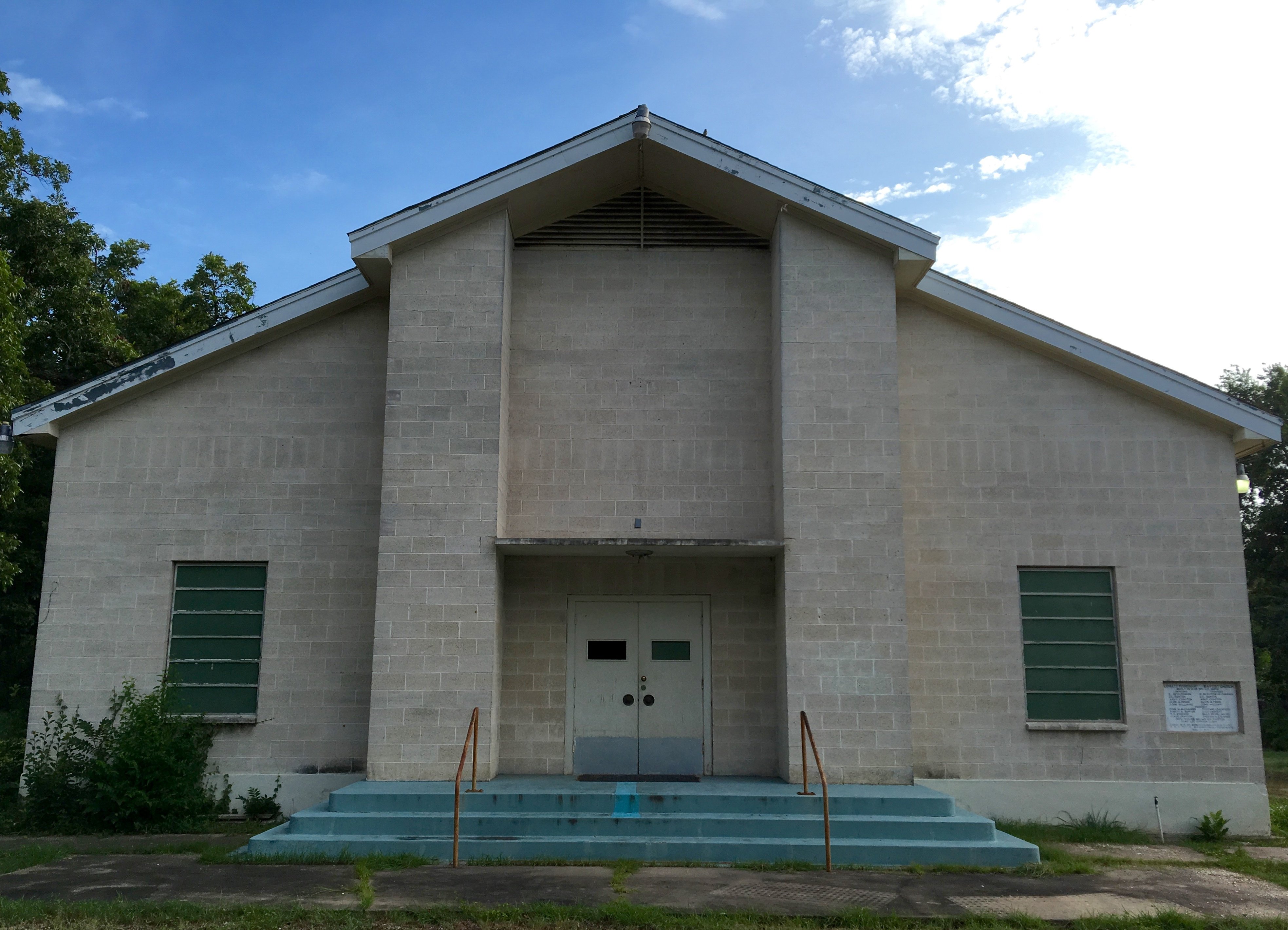 The sign out front has been blanked out, all lettering removed. The dedication plaque, however, labels this site as the home of the Loyalty Missionary Baptist Church. The concrete block structure stands solidly in the middle of a large property. Behind it there’s a large wooden structure. And behind them both is a smaller wood frame structure.   Just looking at the architecture, the concrete ... END_OF_DOCUMENT_TOKEN_TO_BE_REPLACED 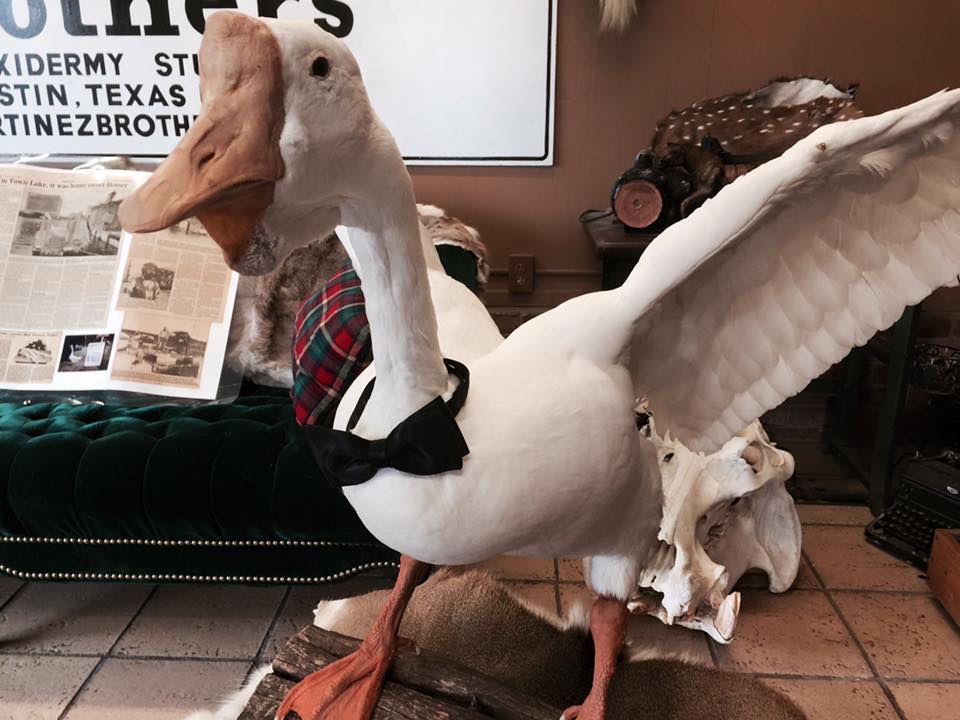 If you lived in Austin in the late 1980’s, you knew Homer the Homeless Goose. Homer was the mascot for a groundswell of community organizing on behalf of the homeless. Homer’s celebrity was shepherded along by a group of activists including Lori Renteria, wife of current Council Member Pio Renteria, who served as Homer’s self-proclaimed Godmother. In the early days, the group would bring Homer to ... END_OF_DOCUMENT_TOKEN_TO_BE_REPLACED 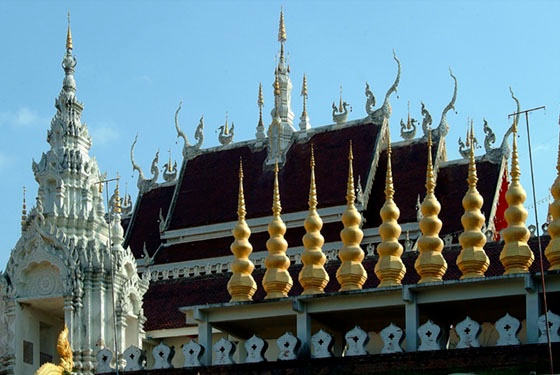 Wrapping up our meeting today with leaders at the Thai Buddhist Temple of Austin, the Bhikkhu, or monk who has been most involved with the design for the new temple made a simple request. His English consists of only a few words and my Thai is nonexistent. So he approached me with a picture and pointed to the roof.   Thai Temple roof ornamentation including an center spire. (Clark Lambert) “Oh, ... END_OF_DOCUMENT_TOKEN_TO_BE_REPLACED 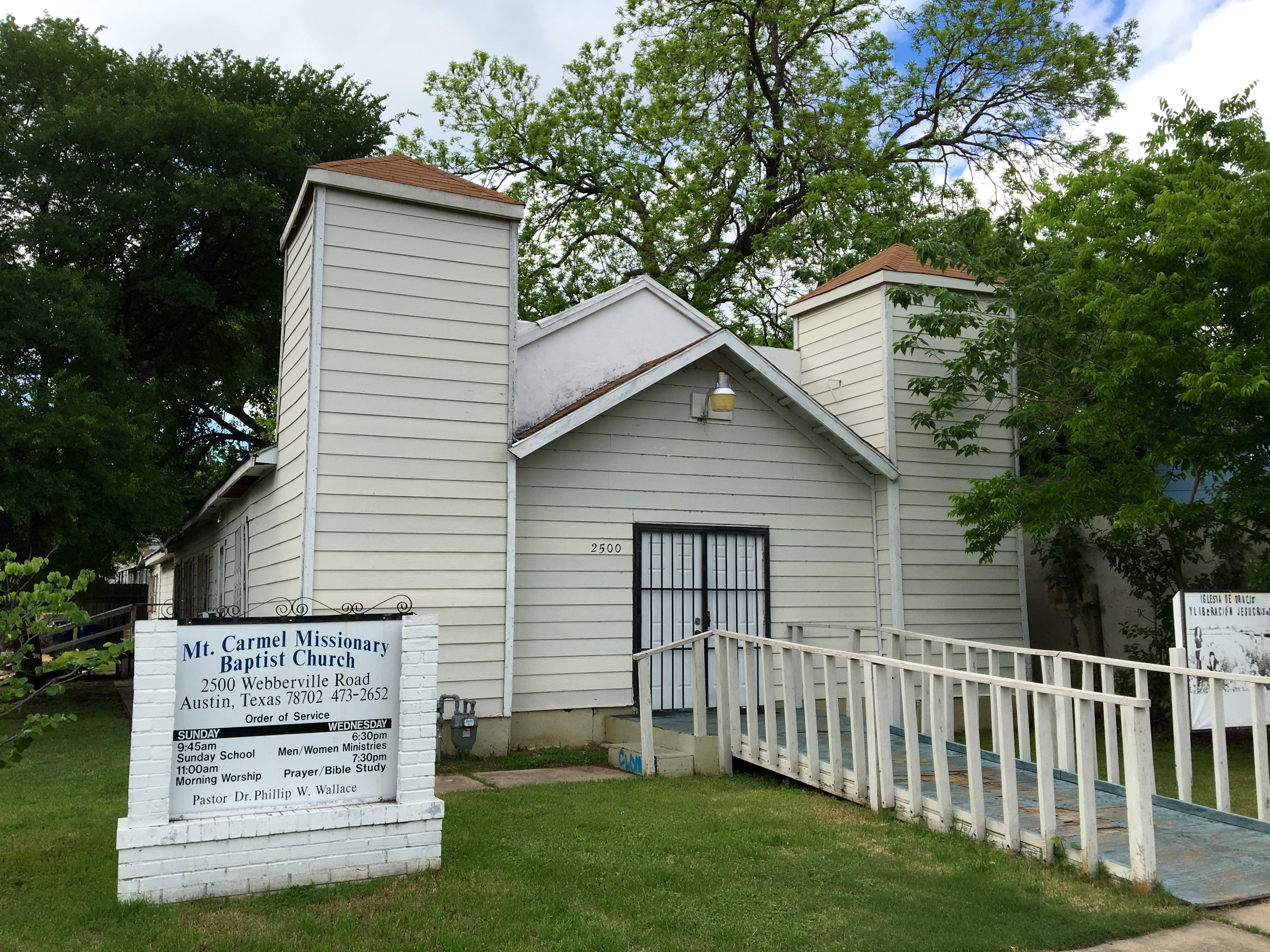 According to Alberta Phillips’ lead editorial in the Austin American Statesman today, a new ordinance offers some small hope for preserving many older public buildings, including churches. I note this is small hope because the hard work of finding appropriate uses for many of these buildings isn’t addressed by this ordinance.   The new ordinance will impact the Springdale Church of God in Christ ... END_OF_DOCUMENT_TOKEN_TO_BE_REPLACED

Last week we joined the family, colleagues and many friends of Danny Camacho for a memorial at the Mexican American Cultural Center. Danny was a beloved community leader and historian, expert in the history of East Austin. He passed away suddenly and is deeply missed. Michael Barnes’ column noted the VIP’s in attendance, and it was impressive. My big takeaway, however, was the altar shrine.   I ... END_OF_DOCUMENT_TOKEN_TO_BE_REPLACED

Our Lady as Street Art 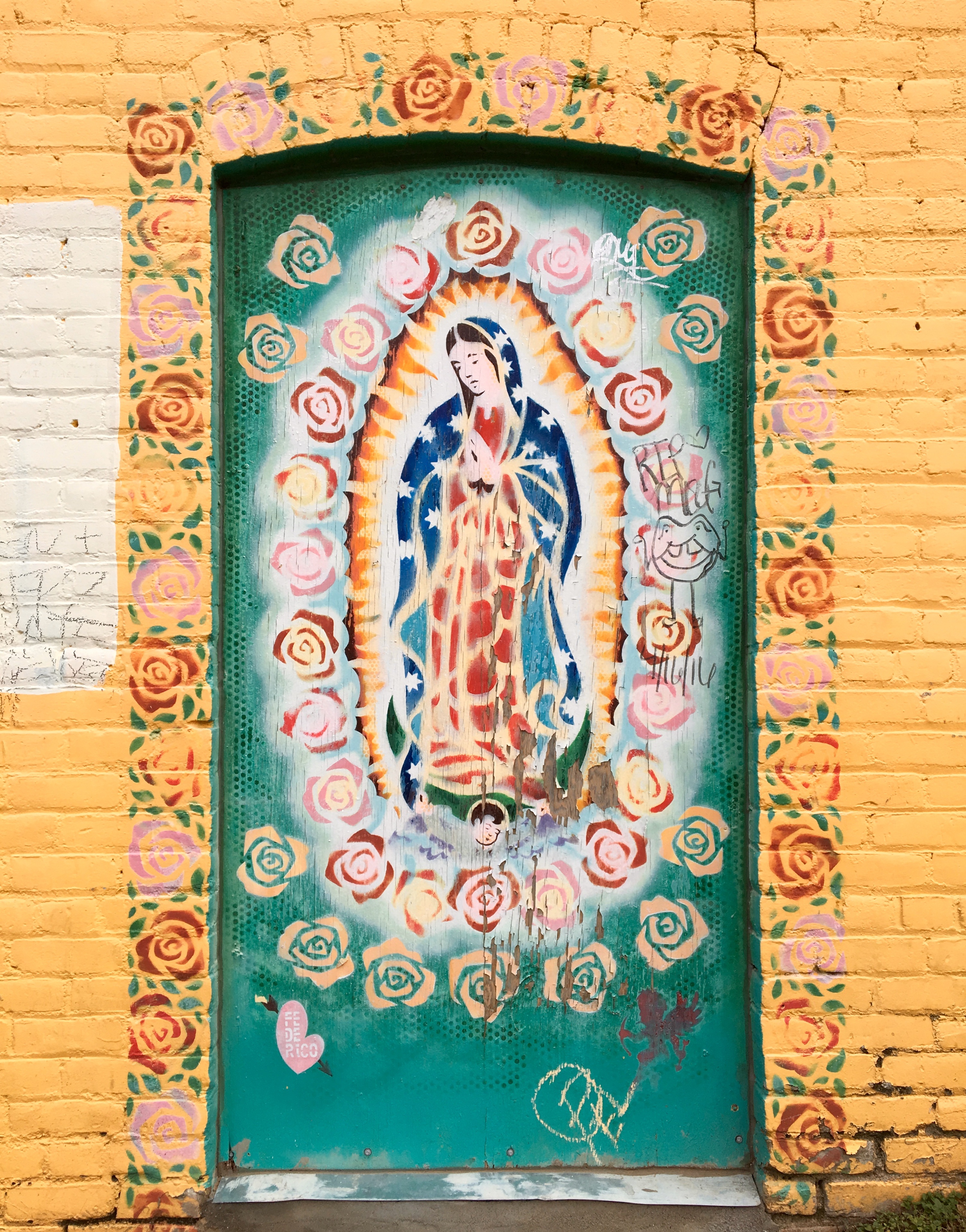 Today marks a milestone, the 182nd blogpost of 2016. Which means, dear reader, that we’re half way through this adventure. With the first entry on January 1, I took on the 365 Challenge. The idea is to create something new, once a day, every day for one year. As I wrote in that first post, my goal was, and continues to be to write about one place, image, or reference to a church, temple, or ... END_OF_DOCUMENT_TOKEN_TO_BE_REPLACED 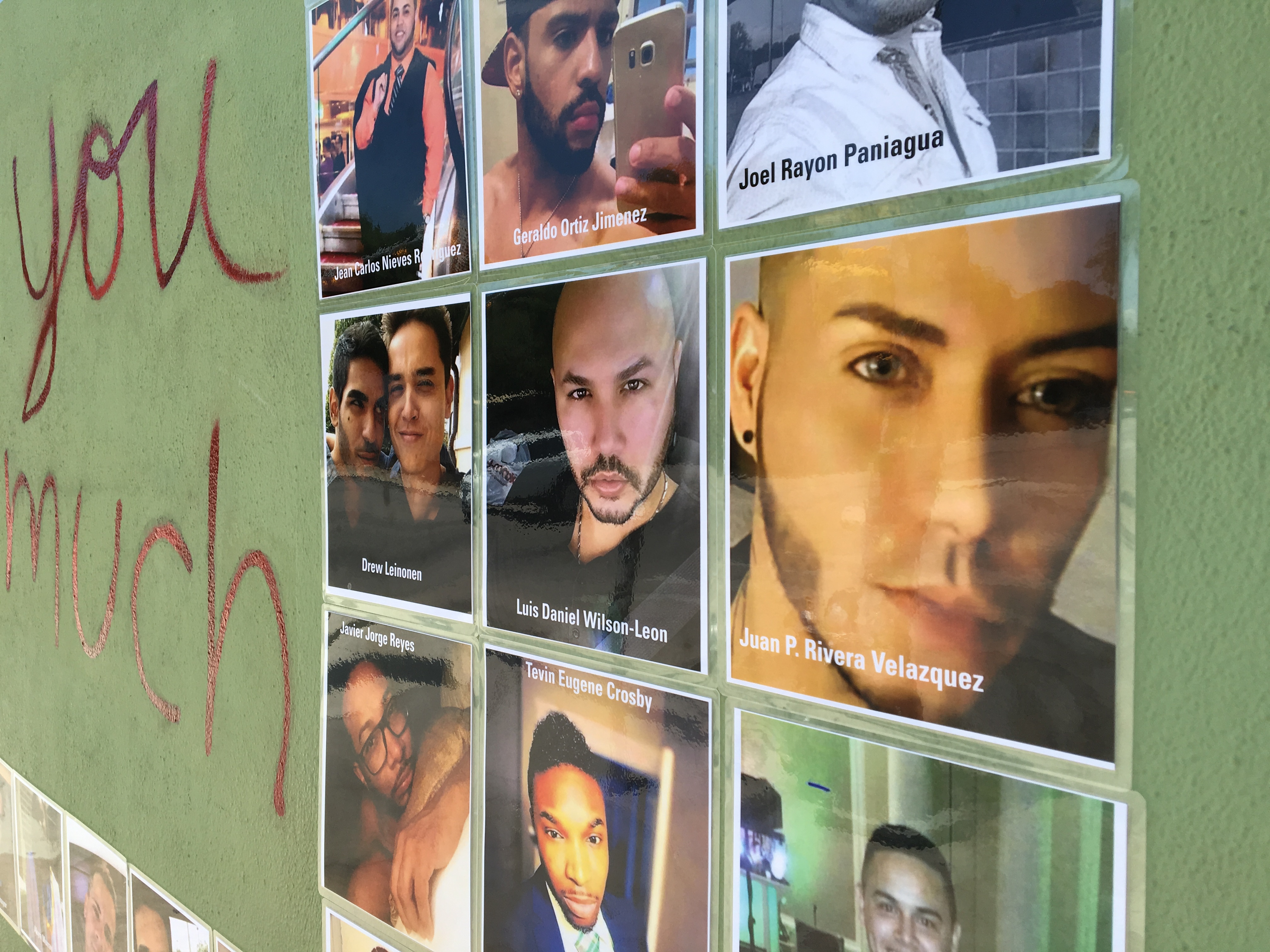 The scrawled message was spontaneously created, but over the course of several years, the “i love you so much,” graffiti has become a South Austin landmark. T-shirts and logos of the script have come to represent the Austin vibe. The Austin American Statesman even tracked down the artist, Amy Cook.  In a video, she explained how, on what she remembers was a bad day, she reached out to express her ... END_OF_DOCUMENT_TOKEN_TO_BE_REPLACED 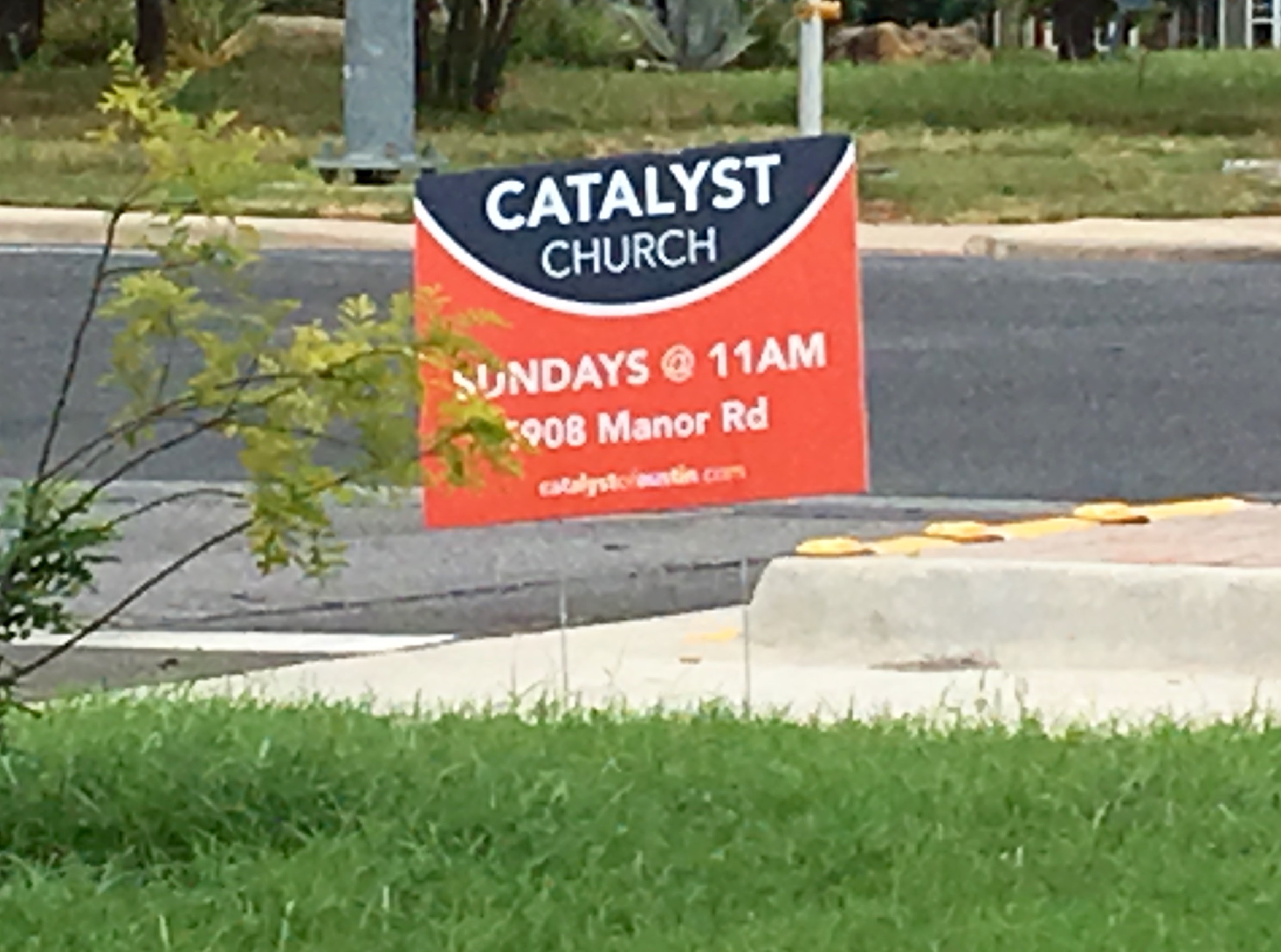 The past few weekends, I’ve noticed yard signs for new congregations. Perhaps they were there previously, but with such a clutter of campaign signs in the past months, they may have been obscured. Today, there were two signs for two different churches. I thought it was time to look closer at these startups. Earlier this month, the Austin American Statesman ran a profile of a minister and his ... END_OF_DOCUMENT_TOKEN_TO_BE_REPLACED 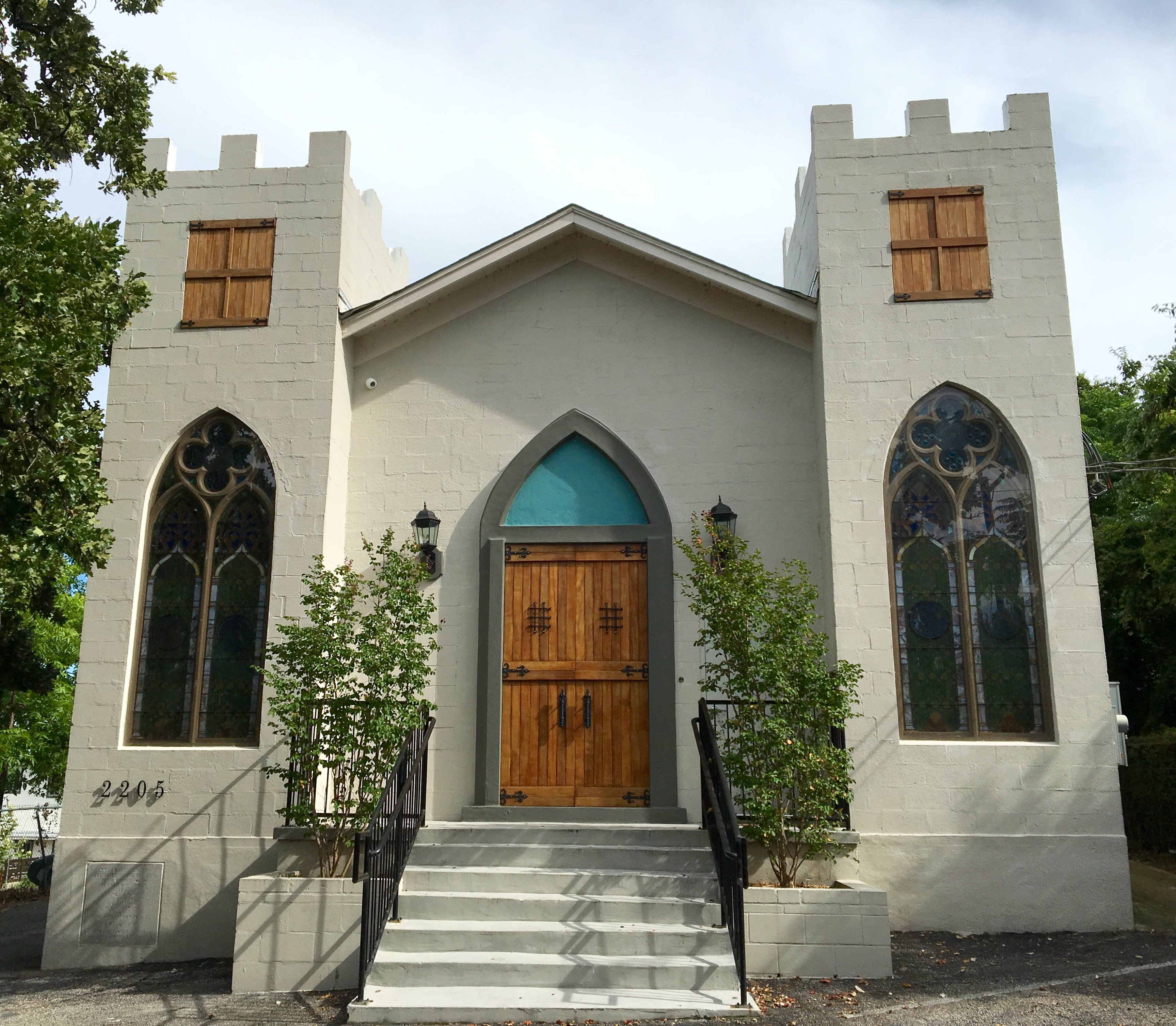 Hiding almost in plain site, a very successful church conversion in East Austin took some work to discover. From the intersection of Pleasant Valley and 12th Street, there’s no way to see this place. And don’t drive east on 12th street too fast or you’ll miss the driveway. But what once was an empty, neglected church as recently as 2012 is now a state of the art recording studio.   The conversion ... END_OF_DOCUMENT_TOKEN_TO_BE_REPLACED