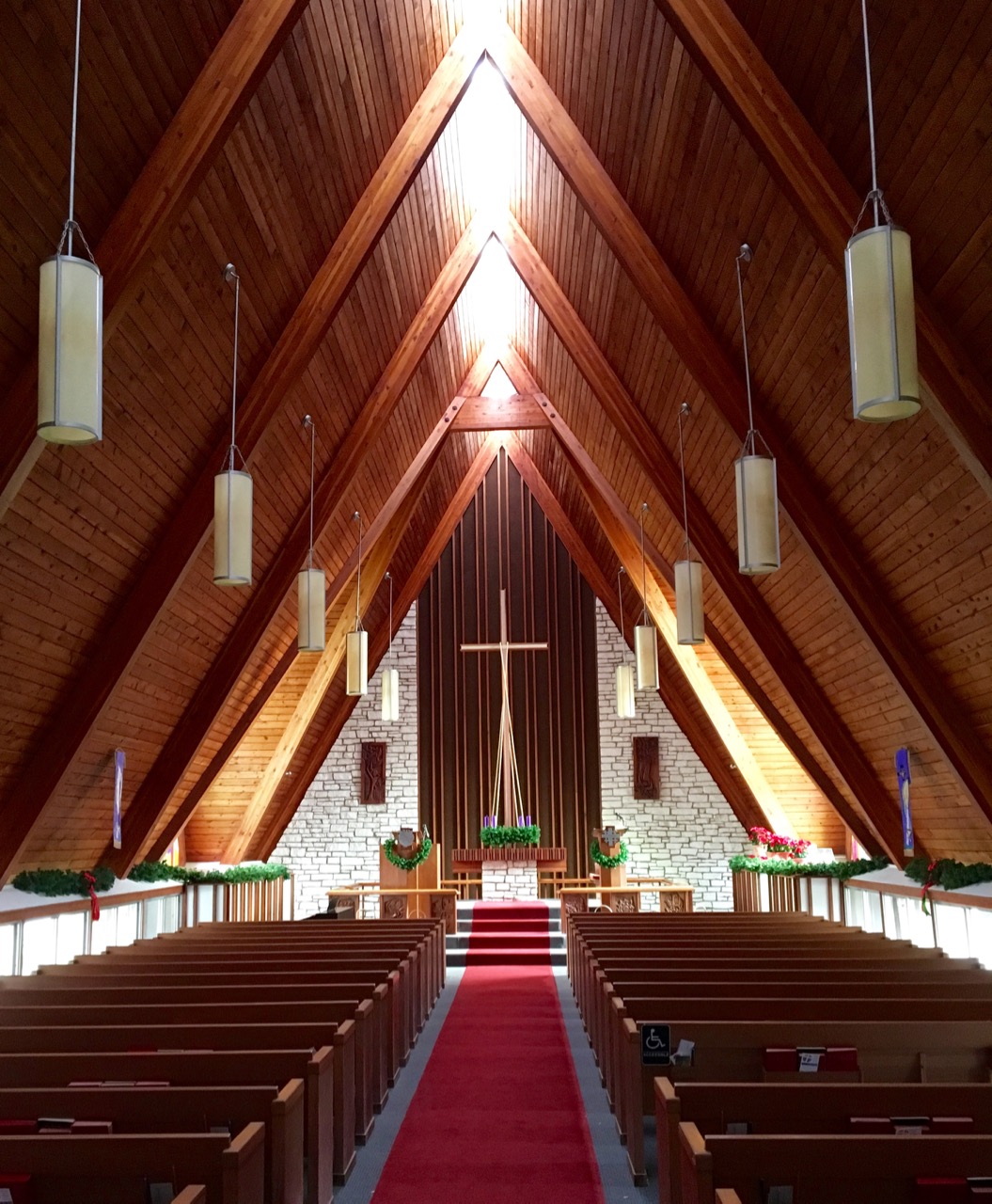 If anyone doubts there were major changes in American design in the years after the second World War, just visit St. Luke United Methodist in Central Austin. In 1950, the church commissioned architect Roy L. Thomas for the design of a first unit building at the corner of 14th St. and West Lynn. His design also included a plan and image for the next phase, a traditional stone church with ... END_OF_DOCUMENT_TOKEN_TO_BE_REPLACED 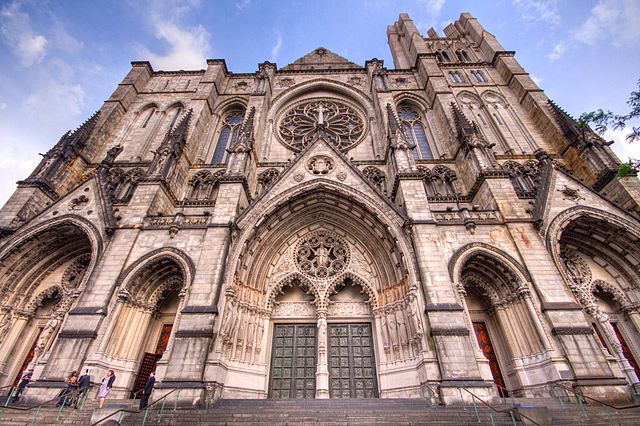 When I attended Columbia in the early 1980’s, work had just started on the Cathedral of St. John the Divine after decades of inactivity. We referred to our neighbor in Morningside Heights as St. John the Unfinished. The church has been a work in progress since its cornerstone was laid on December 27, 1892 and continues to this day. The Cathedral, however, is not a designated New York City ... END_OF_DOCUMENT_TOKEN_TO_BE_REPLACED 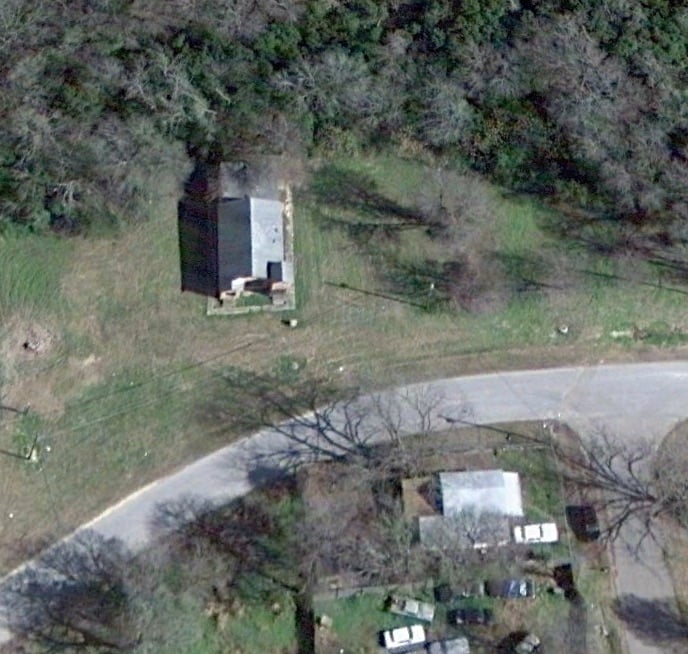 According to Historic McLennan County, An Illustrated History, the Mount Rose Missionary Baptist Church was built to serve a small but dedicated African American community in 1920. An A.M.E. church and a school were also located on Houston Street.   The text includes a description of the scene on October 1, 1921 when the Ku Klux Klan decided to parade in Lorena.   County Sheriff, Bob Buchanan, ... END_OF_DOCUMENT_TOKEN_TO_BE_REPLACED 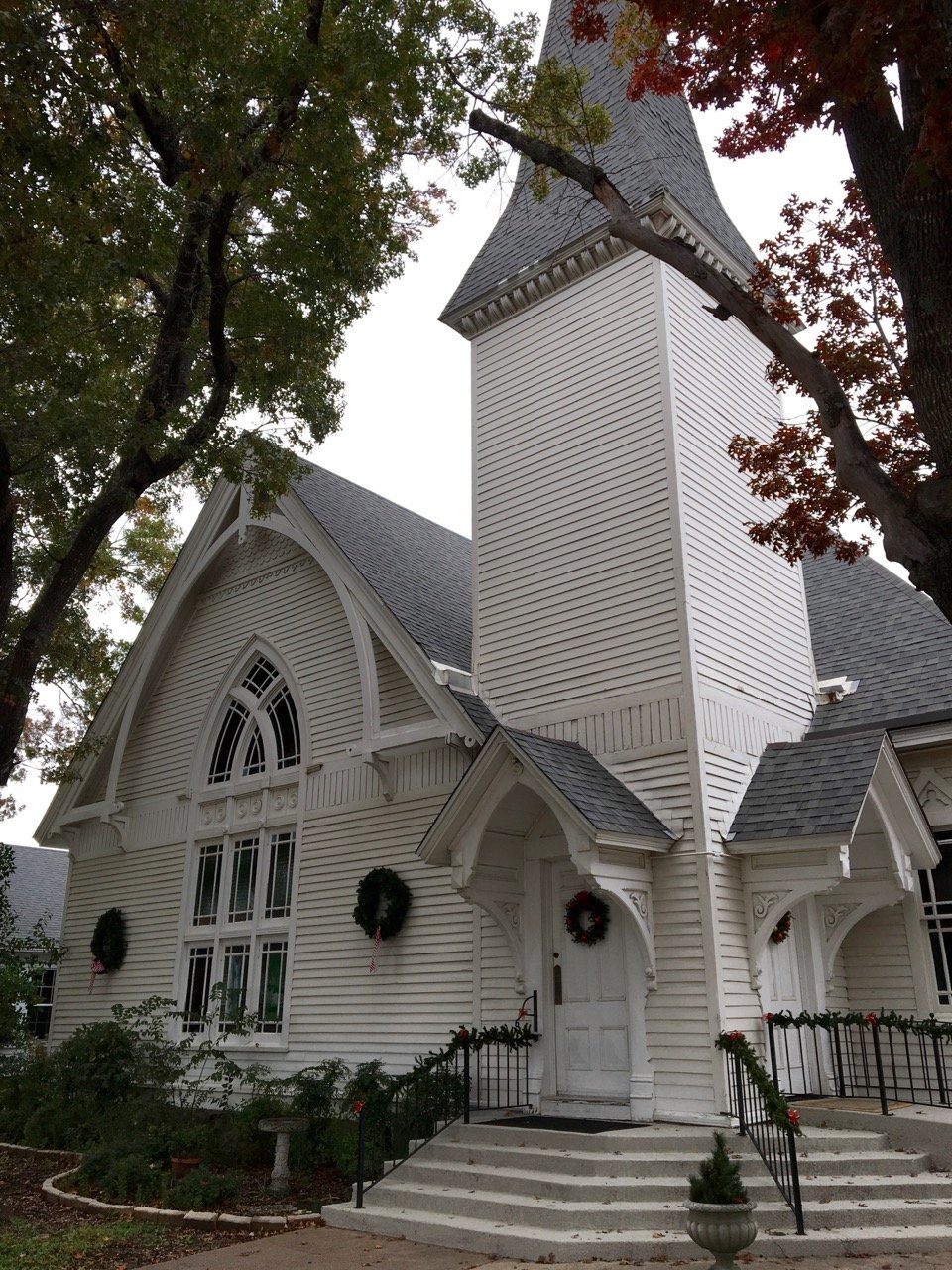 The Texas Historical Commission does an amazing job providing resources and preserving historical records for communities all across the state. Their process for designating a landmark is rigorous and requires a lot of research and preparation from anyone or any group that chooses to participate. There are, however, times when the records aren’t always accurate or consistent. I’ve noticed a few ... END_OF_DOCUMENT_TOKEN_TO_BE_REPLACED 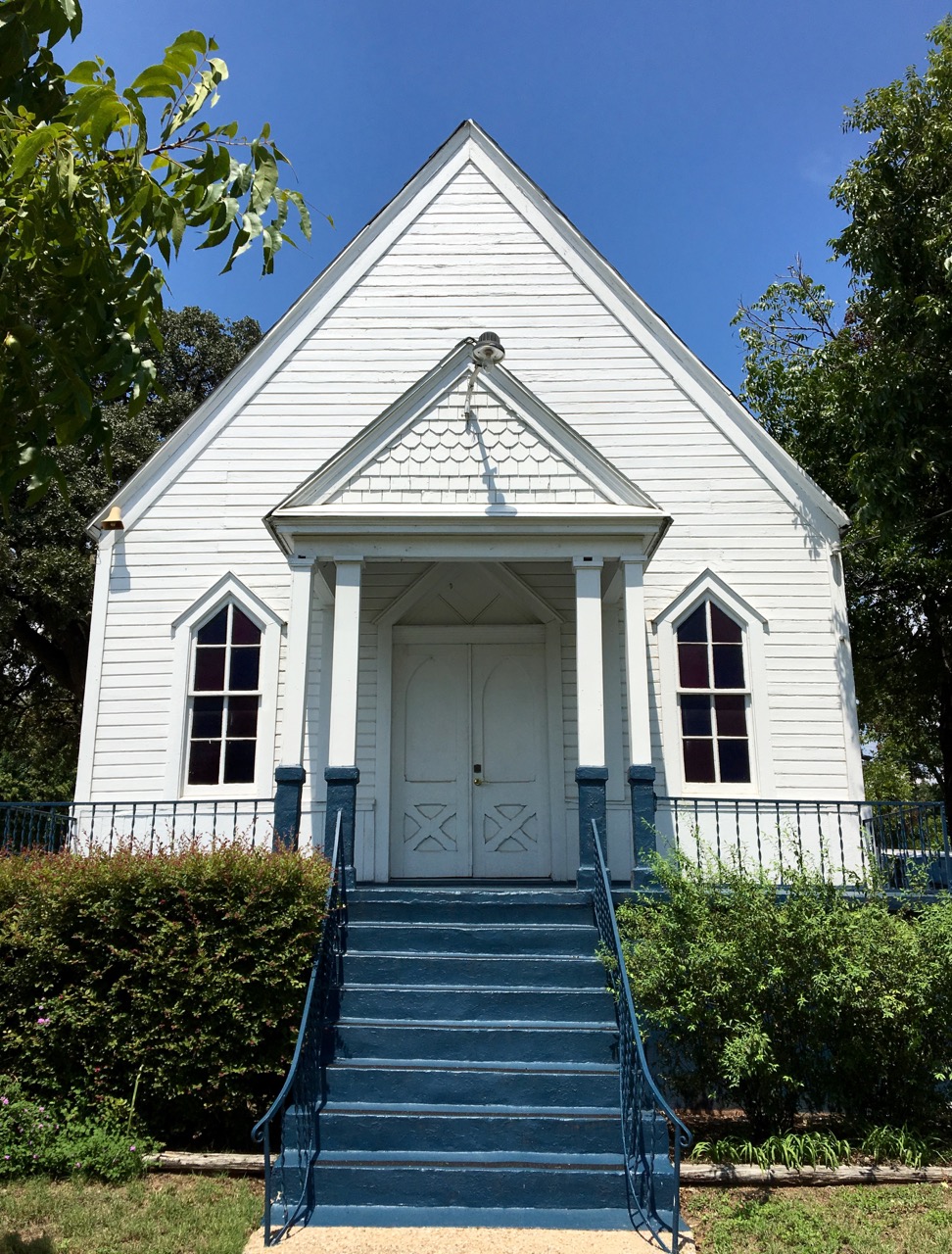 Like many East Austin Churches, this small structure on E 12th Street hints as a significant history, but little or no information is readily available. From my years on the Historic Landmarks Commission, there’s no doubt that the City of Austin has been doing catch up after years of ignoring the rich history of East Austin. East Austin has many proud neighborhoods that have made important ... END_OF_DOCUMENT_TOKEN_TO_BE_REPLACED 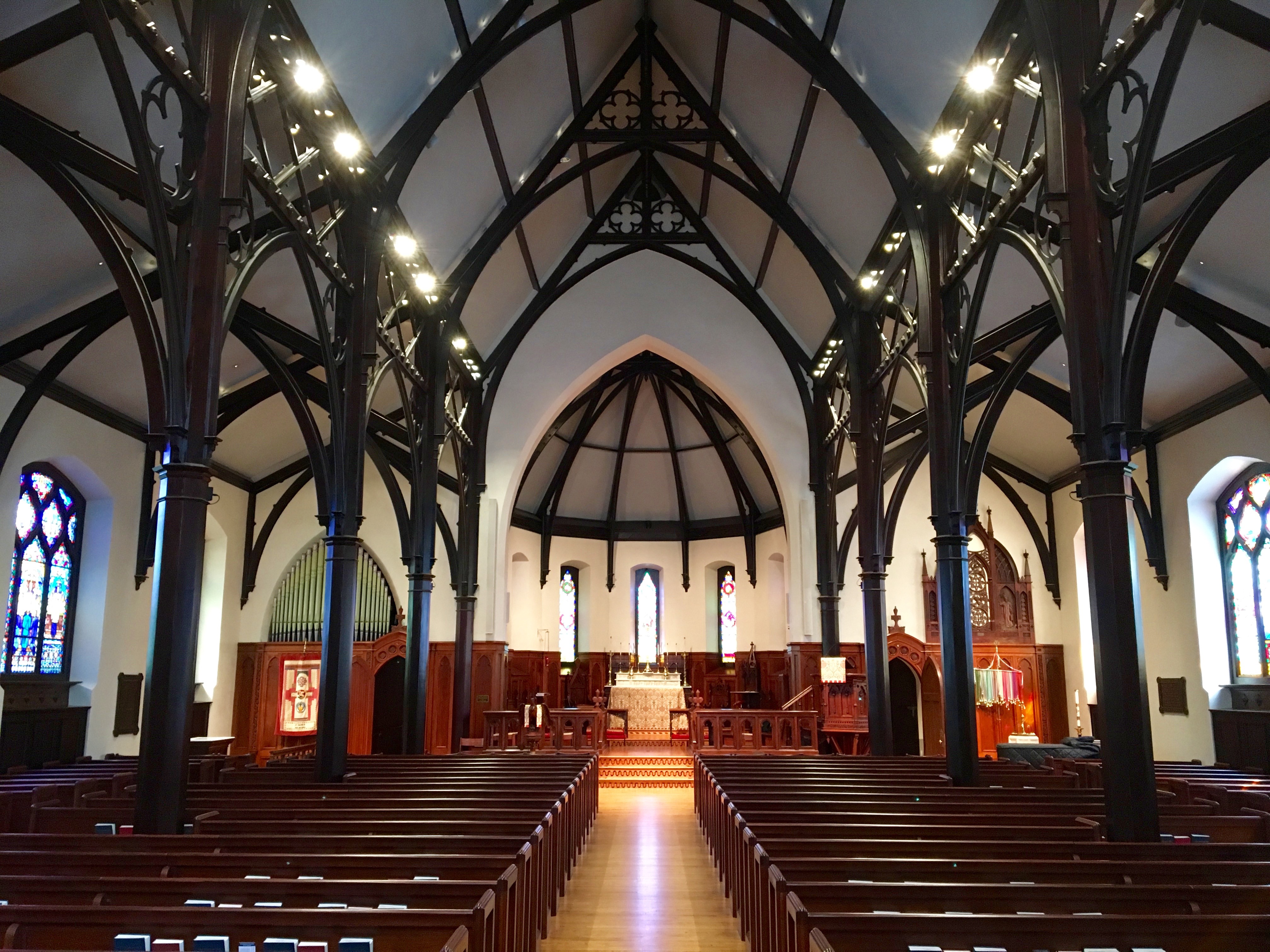 Check out St. Mark’s Episcopal Church in San Antonio on the web. Images of the historic building are gorgeous, but you won’t easily find out anything about their history. This is particularly odd since this landmark gothic revival church certainly ranks among the most beautiful of the early 20th Century. It stands to reason that the architect for the original building, which still remains as the ... END_OF_DOCUMENT_TOKEN_TO_BE_REPLACED

A Near Tragedy at St Paul in Fayetteville 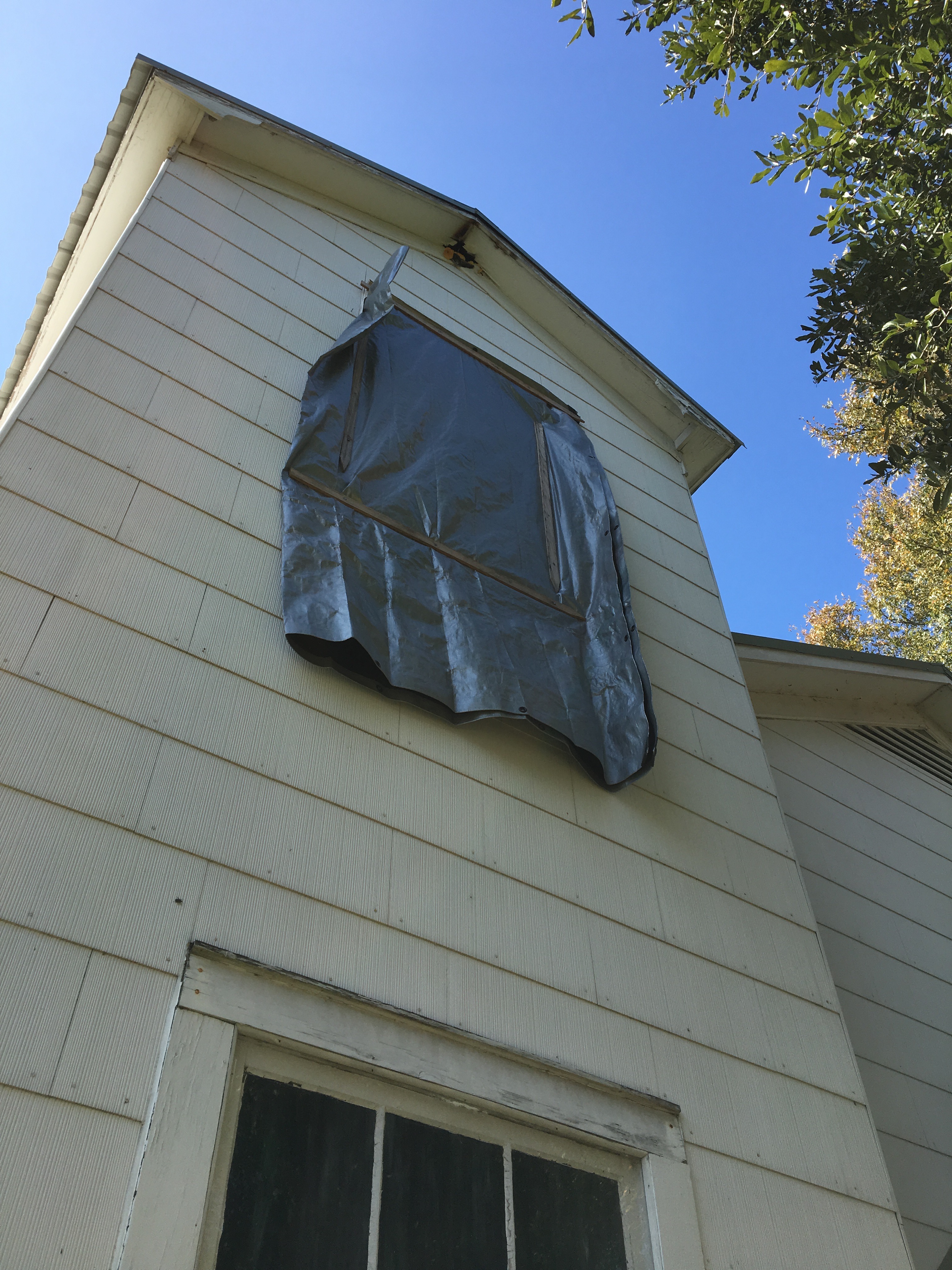 Conscious of how completely I had overlooked the churches in my old home town of Fayetteville, Texas, I made a point of checking out St. Paul Lutheran Church. Two things stood out, the historic marker, and the tarp up in the steeple. The Texas Historical Commission marker notes the long history of this congregation. The church traces its origin to 1851 when a pastor from Basel Switzerland, J. C. ... END_OF_DOCUMENT_TOKEN_TO_BE_REPLACED 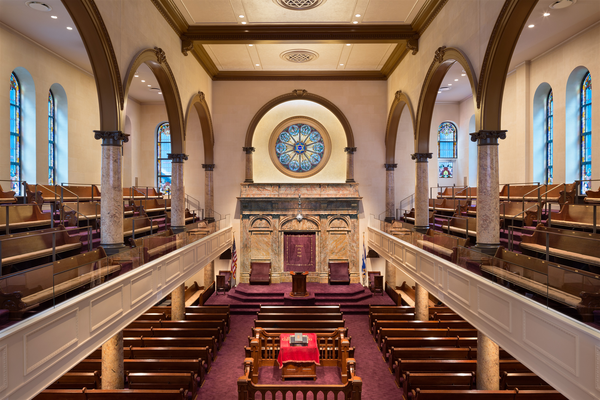 The restoration of a synagogue in Manhattan was nearing completion in 2011 when a fire raged through the construction site, destroying the interior, collapsing the roof, and destroying most of the historic details and stained glass. Within months, the Kehilath Jeshurun congregation and its associated school chose to rebuild, bigger and better than before. The decision to rebuild and expand has ... END_OF_DOCUMENT_TOKEN_TO_BE_REPLACED

I don’t have much information about the Mt. Pilgrim Missionary Baptist Church in Fayetteville, Texas. But today, as I pulled into the gravel driveway in front of the historic church, I knew that was my own fault. You see, I grew up in this small town, spending my middle school and early high school years as a resident of Fayette County and attending the Fayetteville School. My parents still live ... END_OF_DOCUMENT_TOKEN_TO_BE_REPLACED 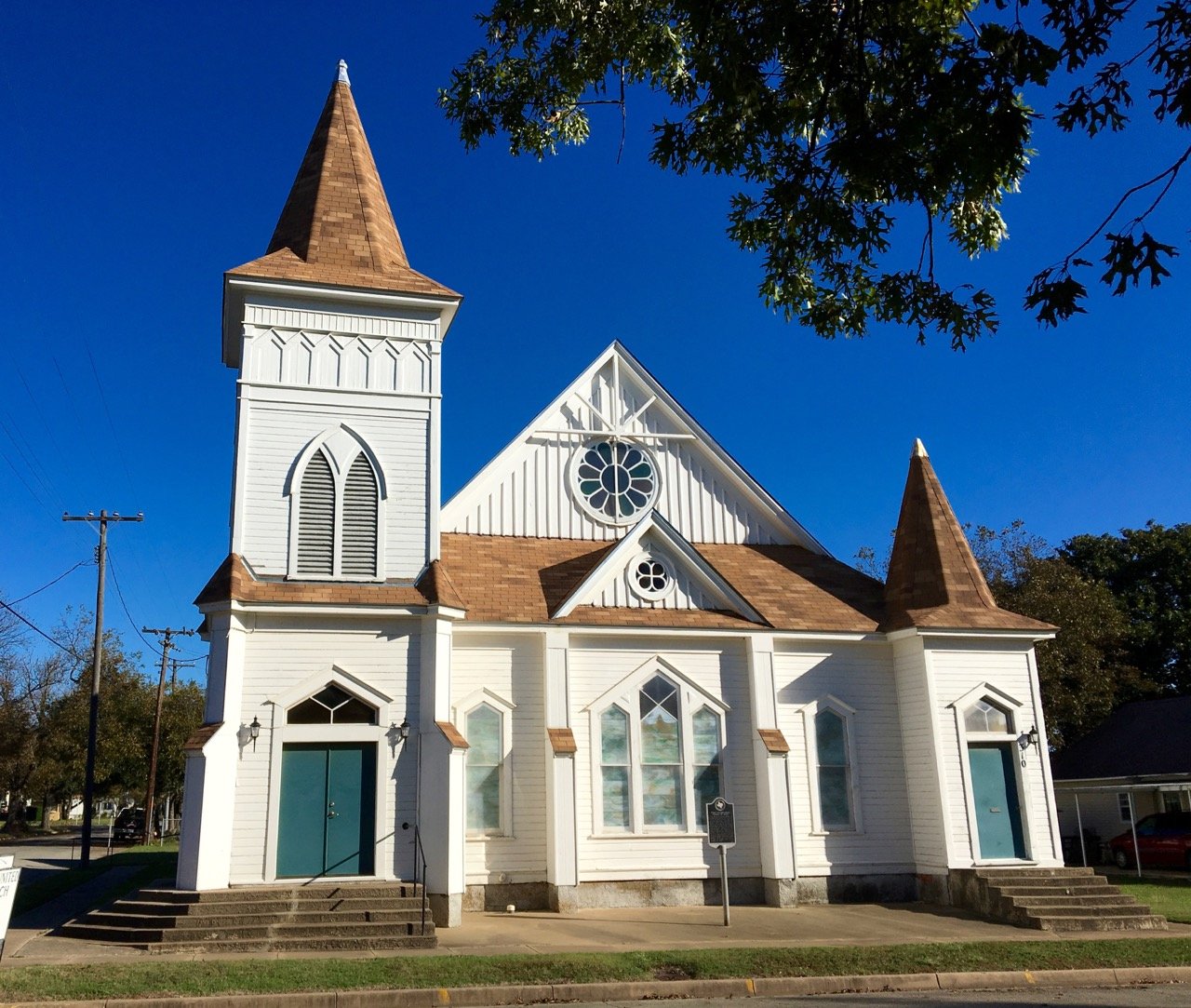 This beautiful edifice on West Pine Street in West, Texas is worth noting. The wooden ornamental construction includes delightful variations on the tradition of what we now call carpenter gothic architecture. The original congregation was founded in 1875 as the Cumberland Presbyterian Church. By 1883 they constructed their first church on this site. In 1901, as times changed and the congregation ... END_OF_DOCUMENT_TOKEN_TO_BE_REPLACED