An unlikely memorial seems out of place near the main door of the Tallahassee airport. In this location, a visitor expects a sign with directions or a “Welcome to our City” message from a politician. It is so unexpected, that I passed this memorial dozens of times before I noticed it is actually a touching tribute to a fallen officer. Officer Michael P. Saunders was killed by a hit and run driver ... END_OF_DOCUMENT_TOKEN_TO_BE_REPLACED 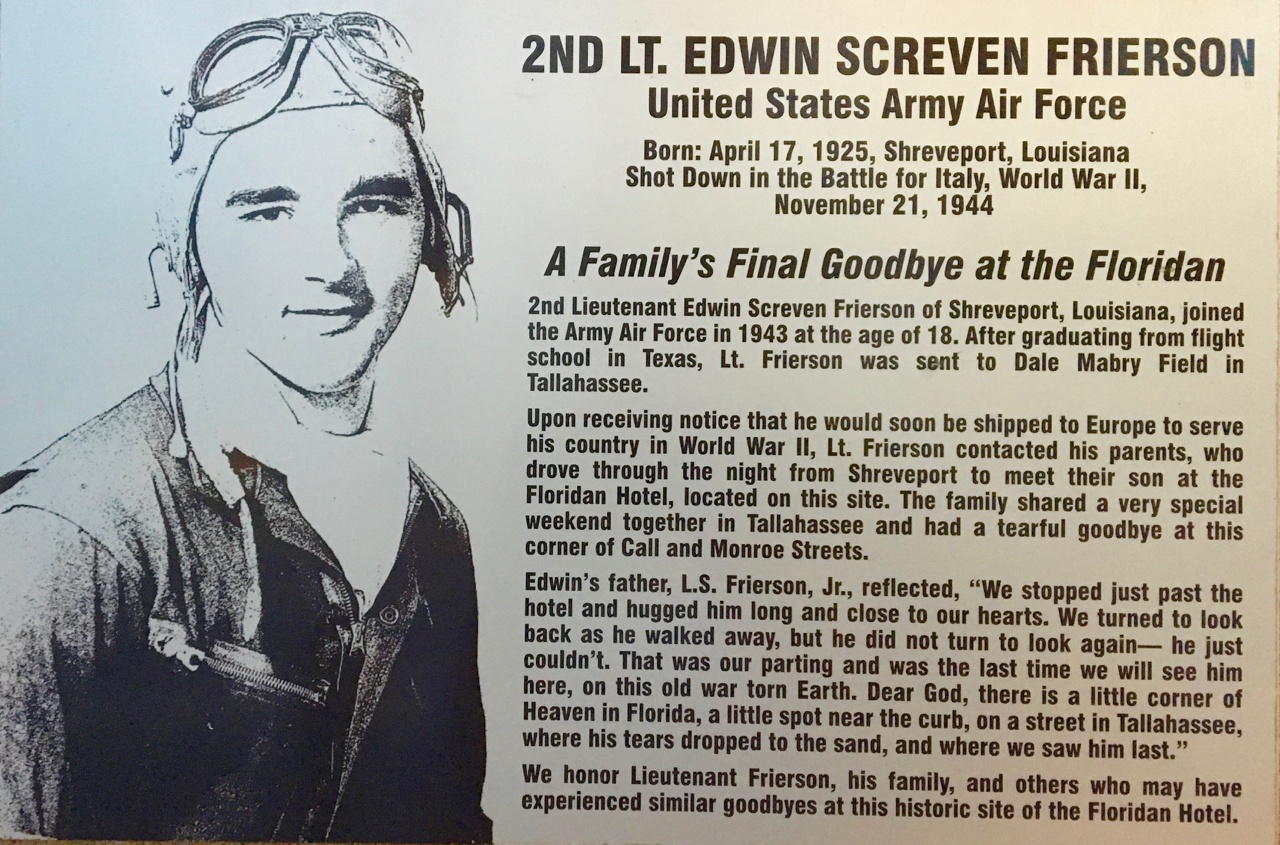 Visitors today should note a rather unusual plaque just to the left of the hotel’s front door. The memorial indirectly notes the historic Hotel Floridan, was the premier location for legislators and leaders. Tallahassee Magazine shared an unattributed quote: “(W)hat bills weren’t passed at the Capitol were passed at The Floridan.” When the Floridan was in its prime, a family shared a long goodbye ... END_OF_DOCUMENT_TOKEN_TO_BE_REPLACED

It’s going to take a while to review a year’s worth of blogposts, but it’s already pretty clear that several themes deserve more exploration. For 2017, I’m continuing the blog, though changing the pace. I’d like to go deeper into topics that deserve further study. So I’ll post twice a week this year. My deadlines will shift to Wednesday and Sunday.   I’ll still be focused on spiritual phenomena - ... END_OF_DOCUMENT_TOKEN_TO_BE_REPLACED

The end of the year approaches and of course I’m looking back at this year of blogging. The idea of writing about objects or spaces associated with faith, religion, or spirituality came spontaneously last December 31. A book my wife had ordered was delivered moments before we jumped in the car to drive to the country for New Years. The book, the 365 Journal, by artist and author Noah Scalin is ... END_OF_DOCUMENT_TOKEN_TO_BE_REPLACED 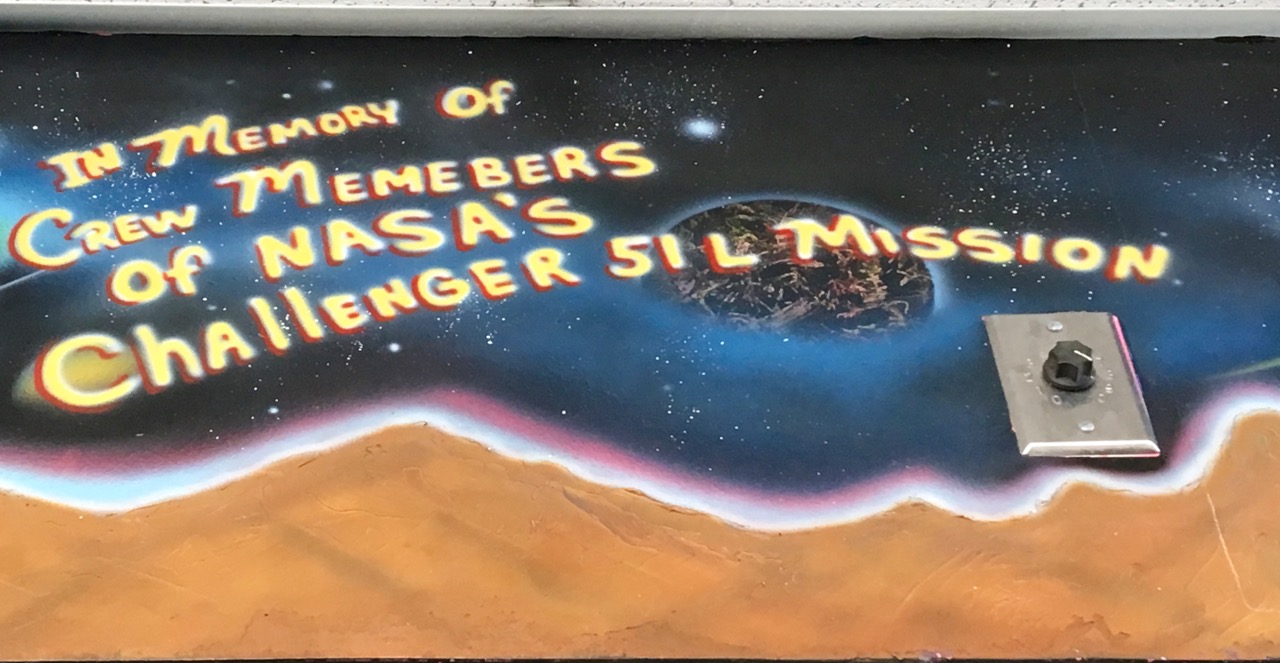 There’s plenty of signs that this area is deeply connected to space travel. You can’t miss the rockets and jet planes in front of the entry to NASA on NASA Road 1 in Clear Lake. But if you do, you’ll see a larger-than-life astronaut hovering above the MacDonald’s next door. Look closely, he’s the one holding a container of french fries! Inside, around the indoor play area, a colorful mural ... END_OF_DOCUMENT_TOKEN_TO_BE_REPLACED

From infinite forest to interlocking triangles, the NYC AIDS Memorial has progressed from a bold conceptual image of infinite trees to a newly installed park structure. Located at the tip of St. Vincent’s Triangle Park in Greenwich Village, the assemblage was dedicated on December 1 in honor of World AIDS’ Day. The original design was selected from nearly 500 submissions in a competition to honor ... END_OF_DOCUMENT_TOKEN_TO_BE_REPLACED

It’s after Thanksgiving, so we can expect more and more decorations in the next few days and weeks before Christmas. Our local memorial is already preparing for the season. I’ve been recording this suddenly sacred site where family members regularly tend to the two crosses. At this location, over ten years ago, two young cousins, Erica Vasquez, and Elias Sanchez were killed by a drunk driver.   ... END_OF_DOCUMENT_TOKEN_TO_BE_REPLACED 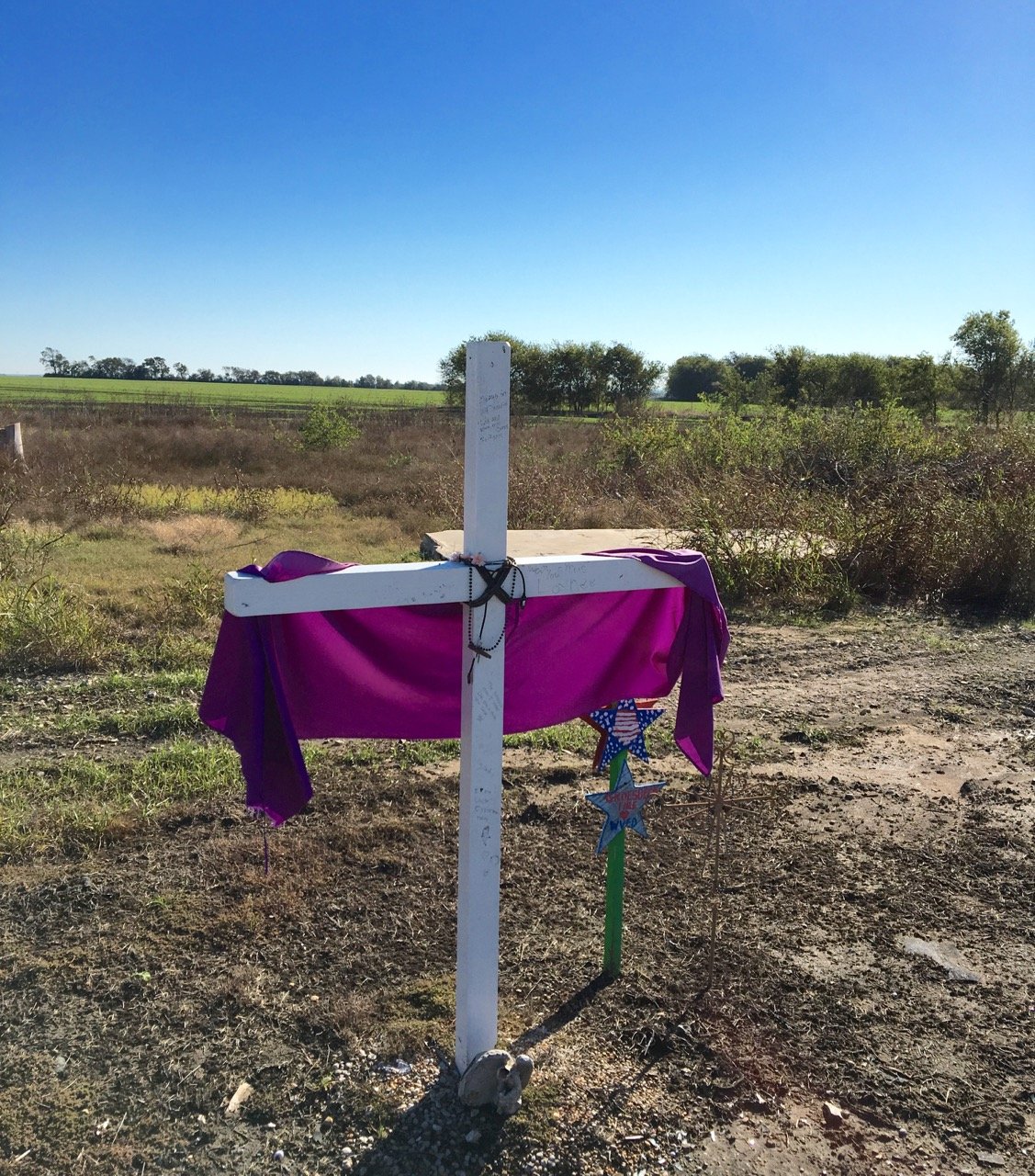 The West Fertilizer Plant Explosion three years ago is now relegated to old memory by most of the general public. On April 17, 2013, a fire at a fertilizer storage facility ignited stocks of fertilizer-grade ammonium nitrate. The explosion produced a massive force equal to as much as 10 tons of TNT. The blast killed fifteen and injured over 160. The plant was obliterated and nearby residences, a ... END_OF_DOCUMENT_TOKEN_TO_BE_REPLACED

An artist in Manhattan who goes by the name of Levee felt there was a need in the modern world for the concept of absolution. He thought about how to give people a public way to relieve their burdens from more than guilt, but also from the stresses and worries of daily life in a big city. His first idea was to offer a table in a prominent location where anyone would be welcome to write their ... END_OF_DOCUMENT_TOKEN_TO_BE_REPLACED

What ultimately happens to the Pulse nightclub, the site of the deadliest mass shooting in US history will be up to the citizens of Orlando. Mayor Buddy Dyer announced Monday that an agreement had been reached with the owners and the Council would be asked to approve the deal next week. The property has been empty since June 12, when a gunman opened fire on revelers during a dance party. Before ... END_OF_DOCUMENT_TOKEN_TO_BE_REPLACED