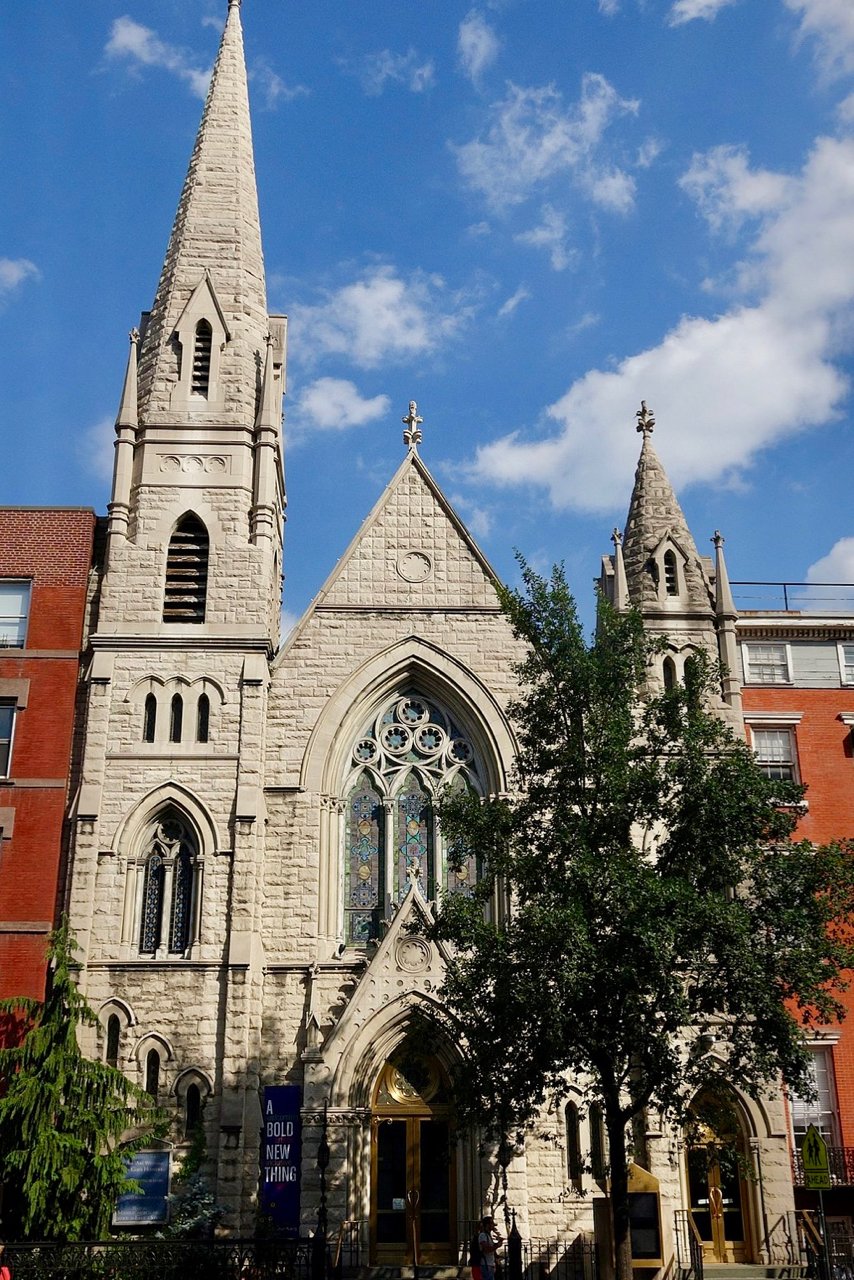 This weekend, a fire in an empty apartment building spread to the Middle Collegiate Church next door and gutted the historic sanctuary. Firefighters took eight hours to squelch the flames. The damage is still being assessed, though the historic building is severely damaged. Originally built in 1892, it is clear already the interior nave and the original Tiffany stained glass are completely lost. ... END_OF_DOCUMENT_TOKEN_TO_BE_REPLACED

The structure on 125th Street dates from 1927, and back then it was a movie theater. Nearly 50 years later, the LaGree Baptist Church moved in. An established congregation, LaGree had been in other neighborhood locations over a number of years. The old theater was readily adapted with theater seats replacing pews and the stage area converted to a pulpit area. The adaptive reuse served the church ... END_OF_DOCUMENT_TOKEN_TO_BE_REPLACED