The image of the charred church became another celebrated moment in our historically acrimonious presidential election. Just days before voting, “Vote Trump” was spray painted on the side.  But after the national press left, their were serious issues for local residents.  The Hopewell Missionary Baptist Churchwas virtually destroyed.   The response to the torching of a historically African American congregation reinforced many bonds that keeps this community together. It also has connected two churches, one predominantly white and one predominantly black. 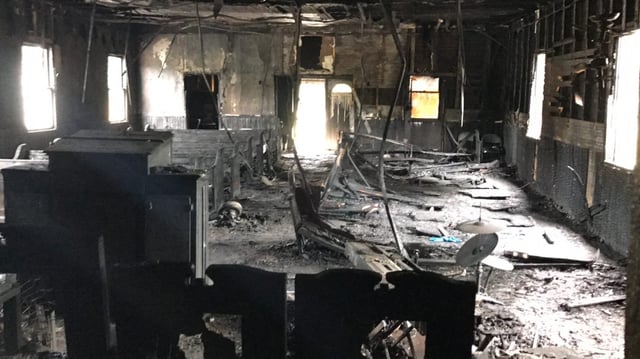 An Associated Press feature last week reported that the pastor of First Baptist of Greenville offered Hopewell members a place to worship while their church is rebuilding. The offer included an invitation to have joint worship services at First Baptist. The smaller Hopewell congregation opted to use the wedding chapel to keep their congregation together, but some of First Baptist members have been stopping in anyway to participate with their guests in worship. 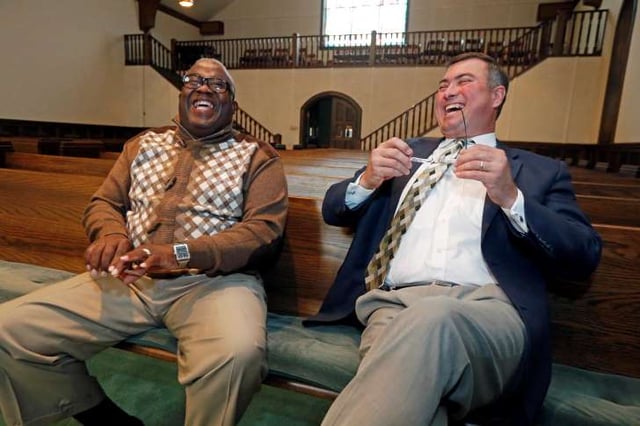 There’s some suggestion that First Baptist in Greenville has multi-cultural spirit. A Catholic Church and a Jewish Synagogue are across the street. The congregation has hosted a Chinese Mission congregation since 1934. That group meets every Sunday and holds its worship service in the afternoon. 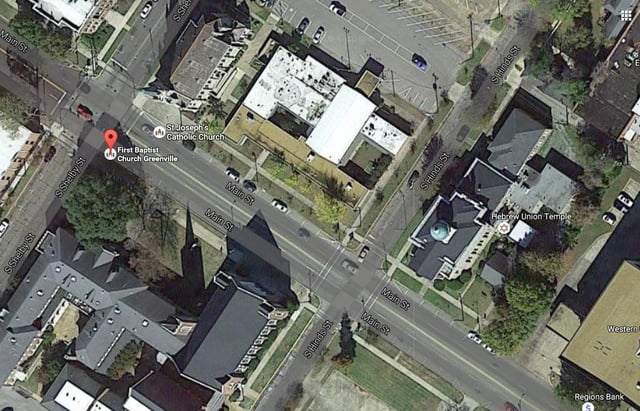 Support for Hopewell has come from all over Greenville, and beyond. An ecumenical gathering, planned prior to the fire, became a gathering in support of the church. An on-line funding program is reported to have raised close to $200,000. Though ongoing police and FBI have not identified a suspect, it is being investigated as a hate crime.

Hopewell members expressed puzzlement about their church being a target for hatred. Mississippi Todayquoted one local pastor saying he wouldn’t think anyone, black or white would deliberately harm a church. Another neighbor expressed her confidence in her community’s resilience. “I do know this, if it is a hate crime, they picked the wrong place.”