An unassuming structure on Cameron Road finally caught my attention. This stretch of road is a mostly a jumble of commercial buildings along the backside of the Capital Plaza shopping center. A short section of the street consists of houses. That’s where Messiah Lutheran Church straddles two residential streets, taking up the full end of a block. With so much going on around this building and its location at the end of a wide lawn, it’s understandable why this church is so easy to overlook. But look again at the main façade and a very interesting detail is hiding in full view! 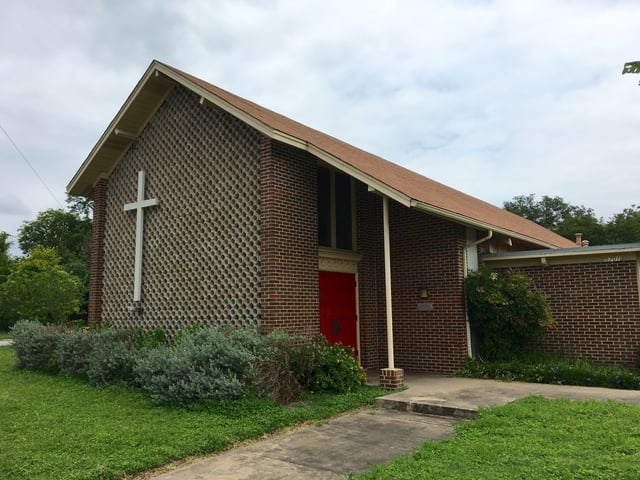 This church was completed in December, 1957, according to Messiah’s website. It also mentions that a founding member, Paul Klaerner, designed and built forms to create the decorative concrete pieces. That screen is particularly creative as it sits in front of the end wall of colored glass panels. The effect is a dappling pattern on the glass panels on the interior. It also is a brilliant way to have a large glass opening facing west. The concrete screen effectively functions as a shading device. 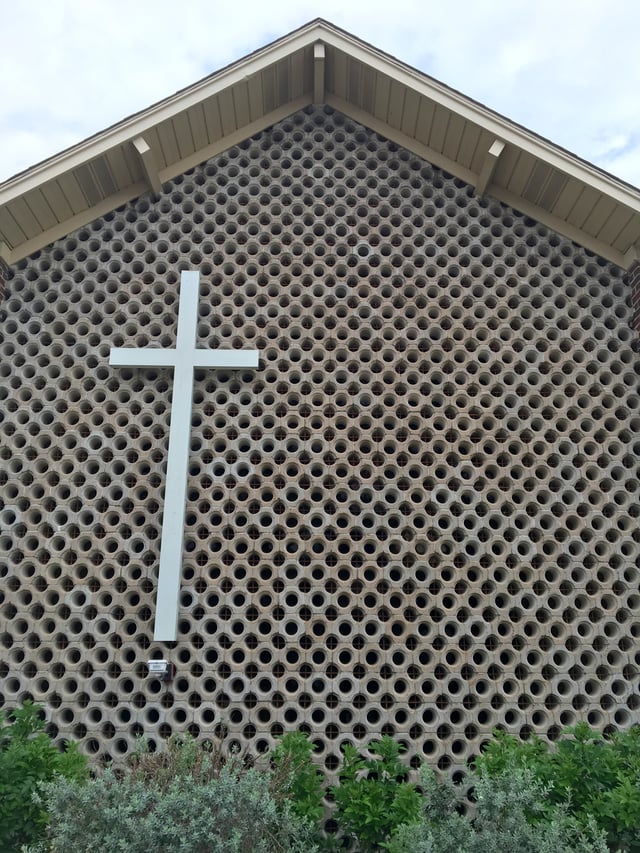 The patterned screen also places Messiah with some of the most innovative churches of the era. Though the scale and the complexity of the Messiah screen is quite modest in comparison, the St John Abbey Church designed by Marcel Breuer features a dazzling screen of repetitive concrete elements and stained glass in the openings. You can see my photos of St. John's Abbey on the Locus Iste website. Though St. John’s was constructed from 1958-1961, Breuer presented the designs in the mid 1950’s, so it is possible that Messiah’s architect would have been aware of them.

So who might the Messiah architect have been? Who would have been ready to work with church members to create unique artistic elements? It looks like none other than Eugene Wukasch was the guy! I recently blogged about another Wukasch designed church, Prince of Peace, and how the architect worked creatively with a glass artists. A check of the Wukasch UT architectural archives lists “Messiah Lutheran Church, 1955-1960.” The collection has drawings from several later phase structures in the mid 1960’s, but, without perusing the archive, it is a reasonable conjecture that Wukasch added his creative touch to a very quiet, but still notable, Mid Century landmark.