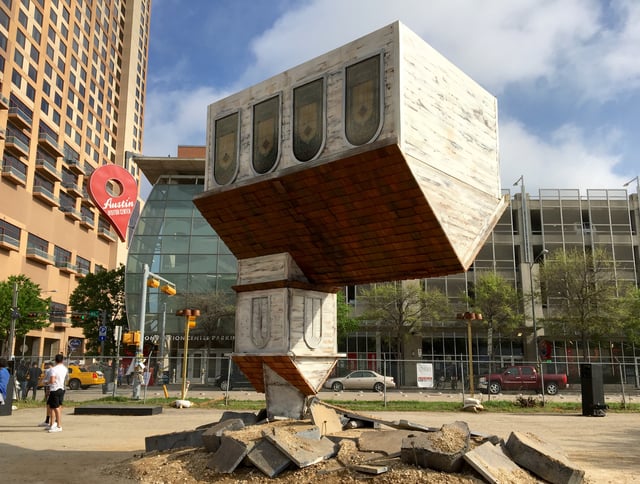 An upside down church is pretty shocking. When a friend sent me a picture from right downtown, well, I had to go see it. Yes, it is a publicity stunt. Competing for attention in the swirl of SXSW activities, this temporary installation is for an upcoming television series. I asked several people whose idea it had been to build an upside down church and they all said it was the PR folks. 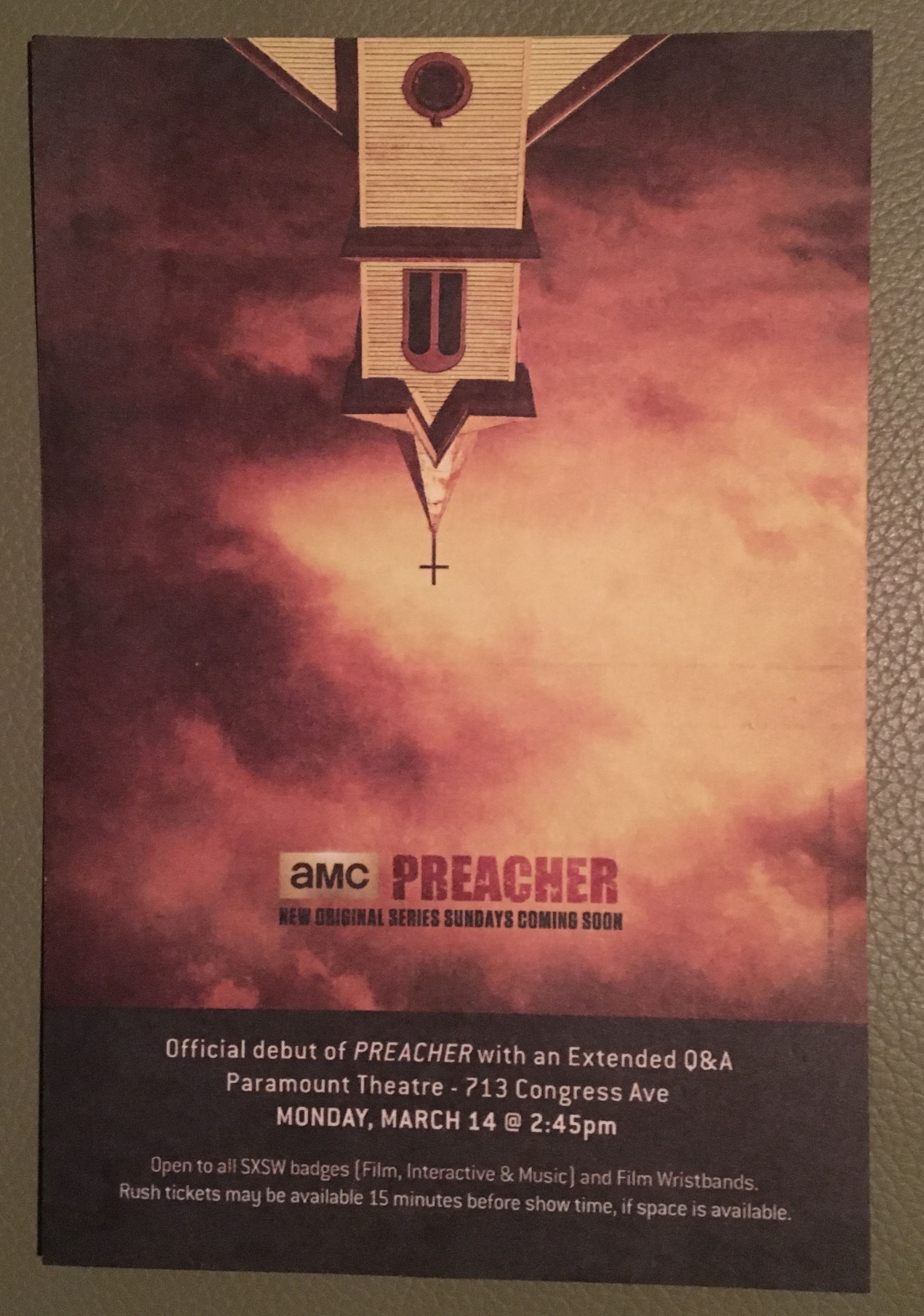 The series called “The Preacher,” boasts it is from the creators of “Breaking Bad,” so it was no surprise the premise is pretty dark and sinister. A promotional flyer also has the image of a church steeple inverted, which seems more obvious than the precarious structure. I can only imagine when the graphic artist finished the flyer, someone looked at it and said, “Hey, why don’t we actually build this?”

Walking around this church there’s nothing subtle here. This is the classic traditional church form I blogged about on Jan 1. The steeple is buried in the ground with chunks of concrete around as signs of a violent impact. There’s much to consider with this overt inversion. I’ll probably come back to these images again as they say so much about religion and spirituality in our culture today. As much as the image is trying to convey a foreboding theme, there’s a humorous element for sure. I couldn’t help but think of this big church being dropped from an airplane and landing on its spike. 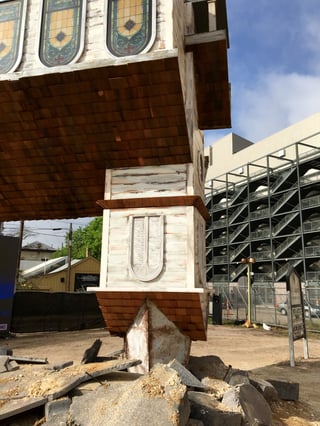