It started with symbolism and smells. Some of the earliest references to the wedding bouquet come from ancient Greece and Rome where brides and grooms were draped in garlands. That’s the same way that victorious Olympians were celebrated. Wedding garlands were worn as symbols of fertility and good luck. 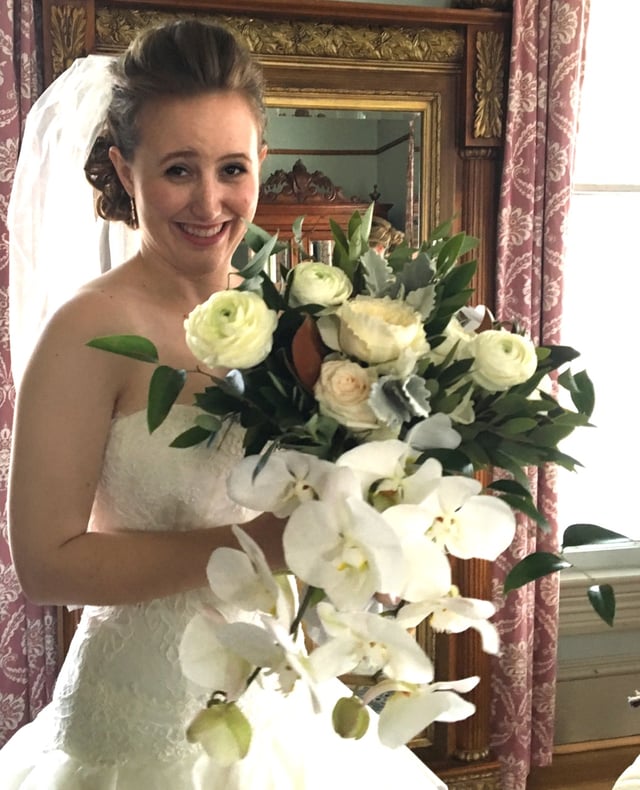 Other cultures contribute their own traditions. Wearing aromatic herbs was thought to be a way of warding off evil spirits. According to the website, Greek Wedding Traditions, brides often carried pungent herbs to ward off evil spirits or bad luck. Some wedding websites suggest herbs and flowers were used in Medieval times when people traditionally took only one or two annual baths. Pungent plants could mask the smells of the bride, groom and wedding party! 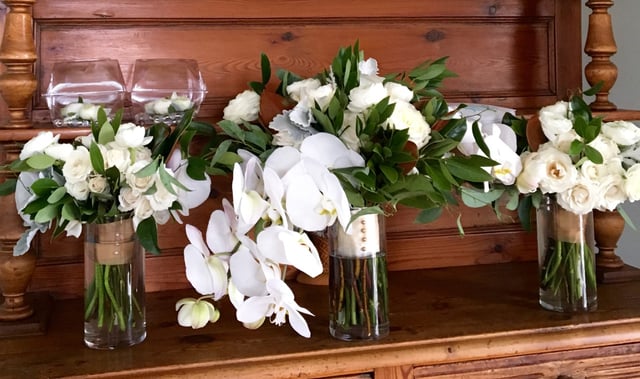 The use of wedding flowers for both color and aroma, comes to us indirectly from China. According to Victoriana, in ancient China the orange blossom was associated with bridal purity and innocence. The symbolic connection is more than just color and scent since the orange tree a prolific bloomer and it bears fruit while it also continues to bloom. 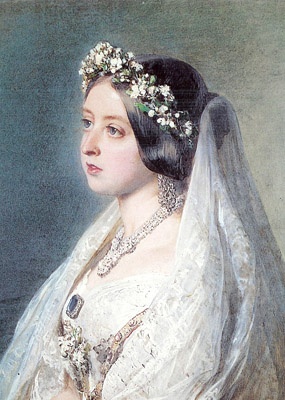 (FROM QUEEN VICTORIA – HER LIFE IN DRESS” EXHIBITION, KENSINGTON PALACE)

By the time of the crusades, the tradition of orange blossoms at weddings was brought first to Spain and later made its way to England. The wedding of Queen Victoria in 1847 was a watershed moment for establishing wedding traditions. She famously wore a wreath of orange blossoms in her hair. Generations afterwards, we continue the association of flowers with weddings. Victorians also established the use of bouquets as a way of sending messages in courtship. The “language of flowers” made it an obvious progression for the bride and bridesmaids to hold the flowers in their hands while also having wreaths ornamenting their hair.