When they left downtown Austin in 1929, Wesley Methodist Church relocated to the heart of what was soon to be a red-lined neighborhood for black and Hispanic residents.   An earlier generation of whites and blacks worshipped under the same roof. As noted in Michael Barns’ profile of the church on their 150th anniversary in 2015, the white congregation was upstairs in the old Tenth Street Methodist Church, while the black congregation was in the basement. 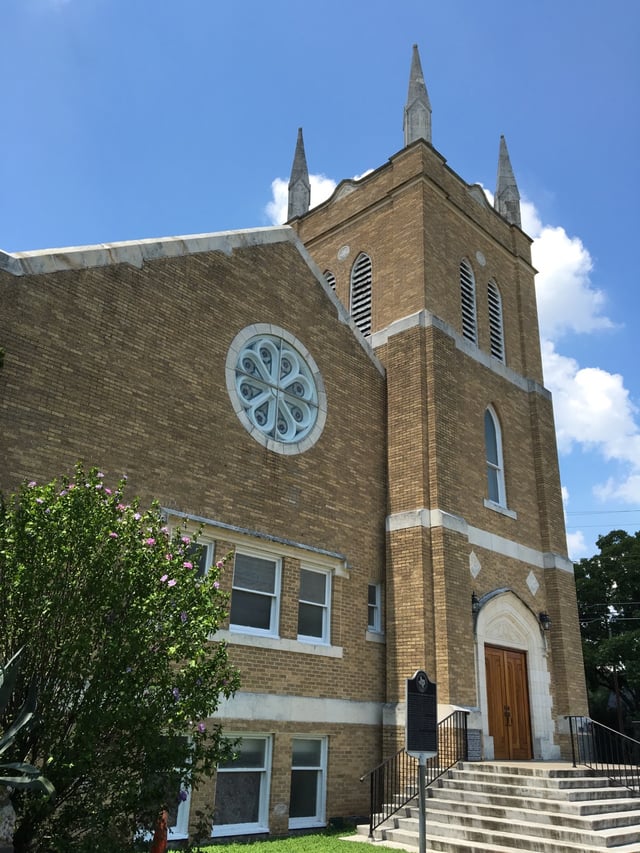 Though worship by slaves and freedmen is documented in Austin as early as 1840, this proud church was founded by freed people officially on March 4, 1865. After more than a decade of worshipping in the basement, in 1882 the Wesley Chapel Church laid the cornerstone for a new church at Ninth and Neches Streets downtown. The dedication stone of that church is now in the garden adjacent to the current building. 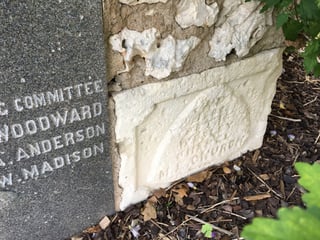 For its East Austin move, the church purchased a prime property from the Austin school district in the upscale Sugar Hill neighborhood. Even in the early days of the Great Depression, the congregation was able to raise significant funds to build the brick edifice with a substantial bell tower. Wesley Methodist Episcopal Church was an anchor in East Austin for generations. As Barnes notes, in the Civil Rights era, the segregated Methodist congregations merged into the United Methodist Church. So in 1968, Wesley United Methodist Church embraced its new name. 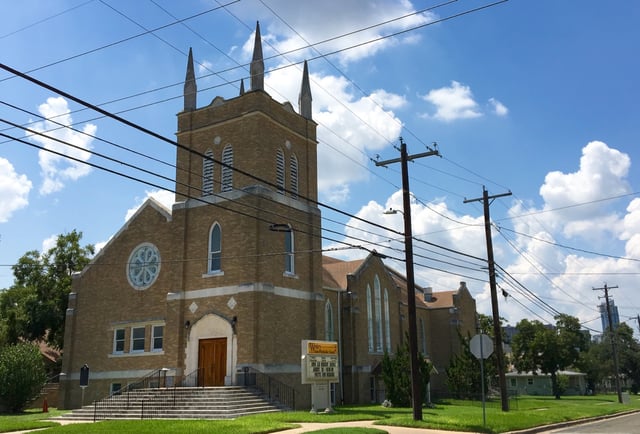 The church has had a long tradition of exceptional music. Filmmakers Megan Bennett, Traci Duran, Jordan Garcia, and Landry Gideon produced this short film in 2010 featuring members of the Wesley UMC choir.