The sign out front has been blanked out, all lettering removed. The dedication plaque, however, labels this site as the home of the Loyalty Missionary Baptist Church. The concrete block structure stands solidly in the middle of a large property. Behind it there’s a large wooden structure. And behind them both is a smaller wood frame structure. 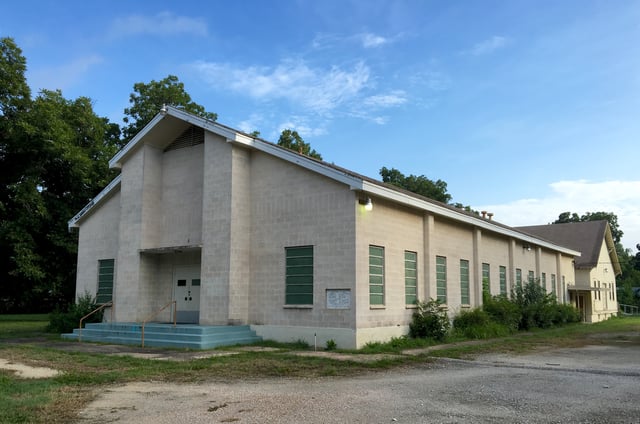 Just looking at the architecture, the concrete block structure appears to date from the late 1950’s. The exposed block would have been a relatively new material and could may have been used to present a modern image for the church. The two wood frame structures both have large tiles siding. These tiles may have been used to cover up the wood in an attempt to upgrade them and relate their materials to the modern church. 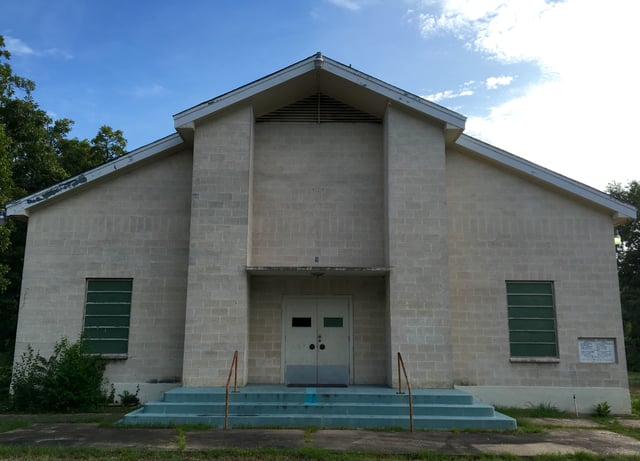 The middle building may also have served for a time as the church sanctuary. The details of that structure may place it in a slightly older era. It is likely this was built in the late 1940’s or early 1950’s. The smaller structure in back could be from the same era, but it doesn’t share the same detailing with the windows and brackets of the larger building. It is possible the small structure is the first one on the site. It is also possible that the structure is yet another of the WWII surplus that were relocated from Bergstrom after the war.

Yelp lists Loyalty Missionary Baptist but notes that its website visitors report the church is closed. I could not confirm this, but the phone number listed on one of the church lists was a non-working number.  The dedication plaque notes the building was constructed in 1955, the dedication stone placed in 1977.  What comes next for this site is anyone's guess.